All you Have To Know About Iron Dome and Iron Beams Used to Intercept Missiles(Research) and Photos. 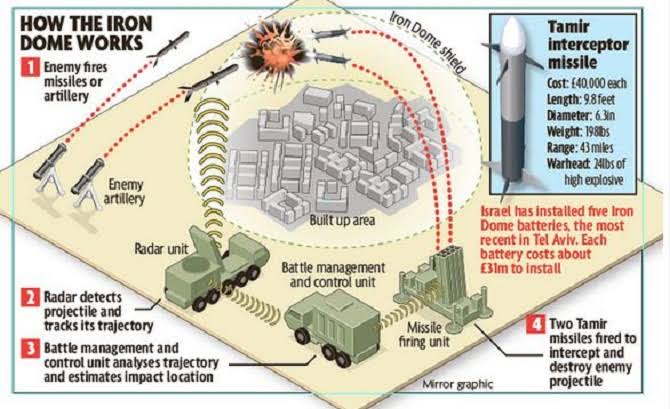 You've probably heard of the Israel Missile Defence System called Iron Dome and it has saved many Israelites against attacks by Intercepting upto 90% of rockets fired into Israel by the Hamas and the Gazas.

But the IDF is not stopping at the Iron Dome. Israel Military in partnership with Rafael Advanced Systems(Association that came up with the Making of the Iron Domes)are in advanced stages of building another Missile Defence System called the Iron Beam.

Unlike Iron Domes that intercept rockets by firing missiles of its own and blowing targets in the sky, Iron Beam uses laser beams to destroy hostile targets upto seven kilometers.

Iron Beams can be used in neutralizing rockets,missiles and Drones. Iron Beam is the fifth element in the Israeli impressive list of Anti-missile Defence System that include: Arrow 2, David sling, Iron Domes and Arrow 3 that is said to be able to strike satellites deep in space and supersonic missiles like the one recently developed by Russia. 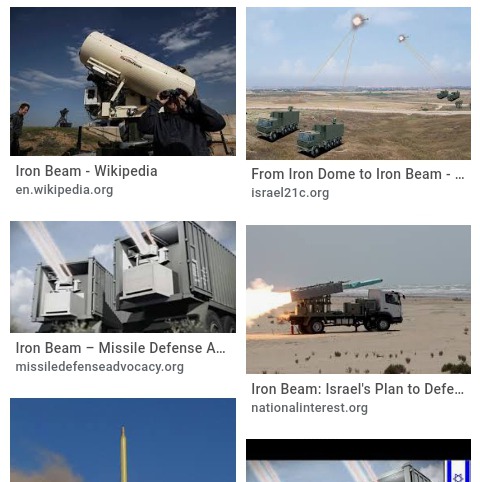 KDF Military Chopper Crashes and Goes Up in Flames