By CarolineNews (self media writer) | 2 months ago 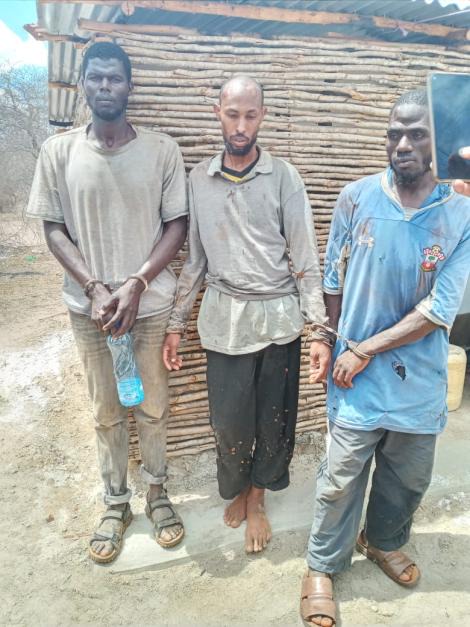 One of the three terrorism convicts who escaped from Kamiti Maximum Prison before being arrested has vowed to flee again if the opportunity arises.

Musharafa Abdalla, also known as Alex Shikanda, made the shocking remarks while speaking to civilians at the Anti-Terror Police Unit headquarters in Kahawa Law Courts on Monday, November 29.

Abdalla stated that he could not imagine spending another term in prison and that if the opportunity to escape presented itself again, he would jump at it.

"I wanted a chance at freedom on my first try because I had already served ten years in prison," he explained. 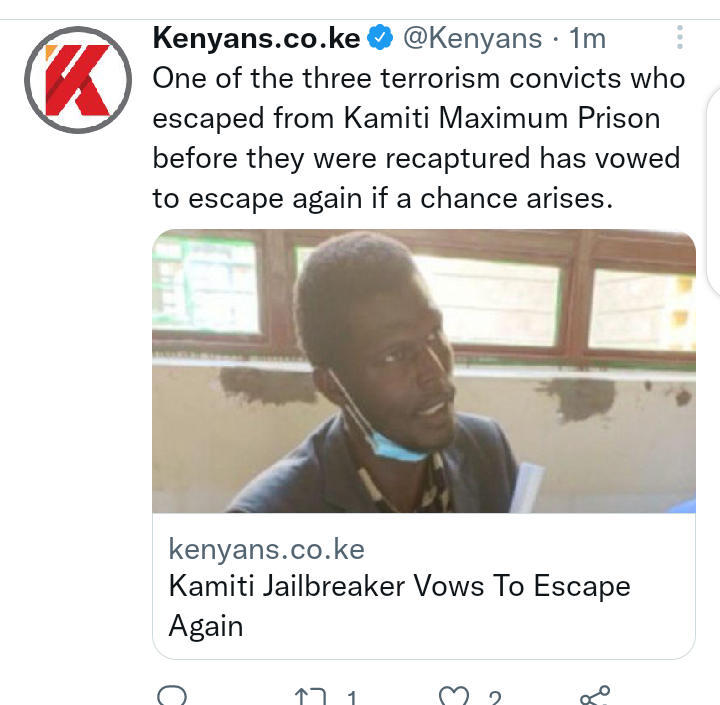 He stated that he would try to flee again because his jail term would be increased if they were sentenced again for their escape.

"I have to flee because I know I am going back to serve more time on top of what I'm already in jail for," he lamented.

The convicts, now known as the Kamiti Three, escaped the Kamiti Maximum Prison on the night of November 15 by dislodging a brick on their cell wall and scaling two high walls with blanket ropes.

According to sources familiar with the case, they used a private car that was waiting to ferry them from Kamiti to Machakos, where their plan was foiled when another car scheduled to ferry them from Machakos to Somalia failed to arrive.

Is It A Sin To Cremate Your Departed Family Member? Here Is What The Book Genesis 3:19 Say

What Kalonzo told Wanjigi that has left Kenyan talking.

Aisha Jumwa explains why she was not present at Ruto's rallies.