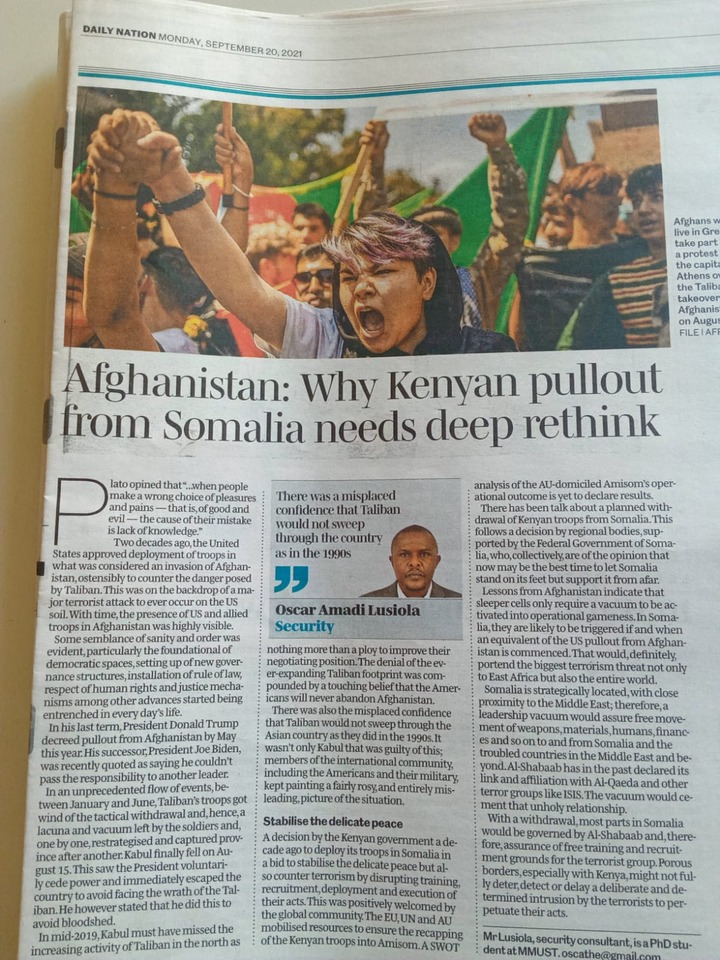 As the Government of Kenya prepares to Withdraw troops from Somali, it is important to keep tabs of the recent unfoldings in Afghanistan.

Kenya made the decision to go into Somali over a decade ago, inorder to combat rising incidents of piracy in the Indian Ocean as well as increased terrorist attacks, orchestrated by Al Shabaab.

Following the September 11th attack in the USA in 2002, the government of the United States of America took the decision to deploy it's security forces to Afghanistan, to counter the Taliban which they linked to the deadliest attack on USA's soil.

Two decades later, the United States made a decision to pullout of Afghanistan and barely had they fully withdrawn from the country, than the Taliban took control of the country forcing the President to flee.

They have been talks of Kenya withdrawing it's army from Somali, in doing so, Kenya needs to ensure that the local Army in Somali is strong enough to fight the Al Shabaab, otherwise it will expose us to further attacks by the terrorist group.