It's ten years since Kenya defence forces entered into Somalia in a mission aimed at pacifying the region and also securing Kenyan borders aggainst alshabaab terrorists.

Yesterday, the president led the entire kdf family to celebrate the tenth anniversary since Somalia invasion.

Now of all the battles that KDF fought, there is one which stands out and will be remembered forever within military circles.

The battle for Hosingow which is 35km from kenyan border started few minutes before the dawn of February 4 2012.

The commander in Charge then was Jeff Nyaga whose role entailed coordinating reinforcement to the special forces on the ground.

Speaking to Citizen TV on Sunday evening, Nyaga explained how difficult it was to overcome the terrorists given that their fire power then was very high.

He said that his forces had to deal with improvised explosives on their way to Hosingow from Tabda which is 60km away.

He further said that the alshabaab were attacking in waves using sophisticated weapons.

He however thanked his forces for their courage and resilience that saw over 300 alshabaab terrorists died after 11 hours of combat.

The breakthrough in Hosingow would later on make it easy for KDF to match towards the port of kismayo which was one of the strongholds of alshabaab.

The current commander of Hosingow Ngetich terms the battle at Hosingow as the most successful military operations ever undertaken by KDF.

Three have been calls to have the KDF troops withdrawn from Somalia but the government isnt keen on withdrawing them.

Since the invasion, there has been relative calme in the region as the terrorists have been severely Weakened.

Do you think it's time KDF soldiers came back home? Feel free to share your thoughts and comments on this on our comments platform. 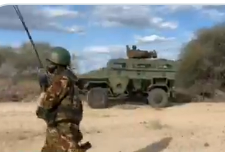 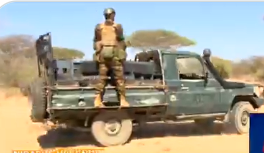 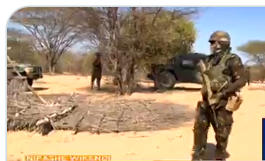 KDF's airpower came in handy when battling the terrorists who were attacking in waves. 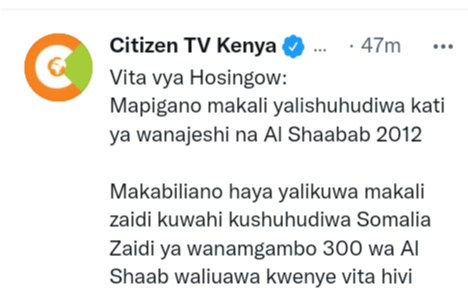 Fans Reactions After The Inmate Who Had Escaped Reveals That Given A Chance He Can Do It Again.

Welders on the Spot For Making Explosives For Alshabaab