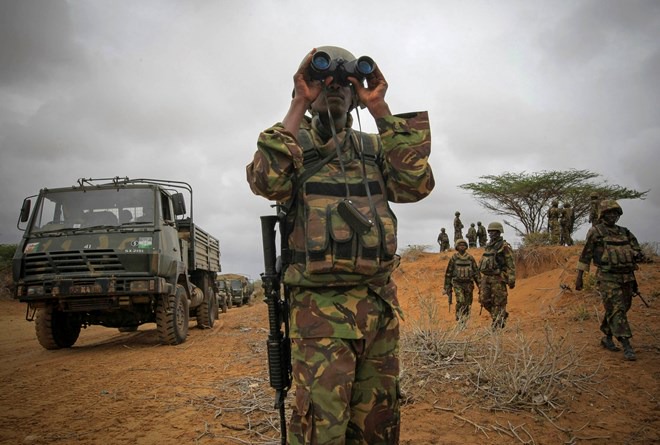 The Kenya Defence Forces (KDF) has broken the silence after several soldiers were targeted by an Improvised Explosive Device(IED) and later followed by an ambush.

Col Zipporah Kioko, Colonel Public Affairs and KDF Spokesperson has this evening released a report to the media, explaining what happened during the deadly attack.

She noted that the attack happened today morning when soldiers on normal routine duties while at Baure within Lamu County encountered an IED. 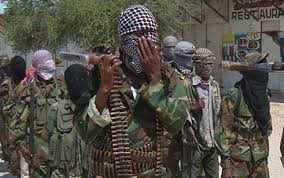 After their vehicle hit the explosive device, attackers who were nearby reinforced with an ambush along the Bodhei - Kiunga Road.

The Spokesperson further noted that casualties were then swiftly lifted from the crime scene to the Capital for medical attention.

While it had earlier been reported that several soldiers were killed in the attack, KDF has not indicated that.

"The casualties were airlifted to the Defence Forces Memorial Hospital - Nairobi for medical care," she noted. 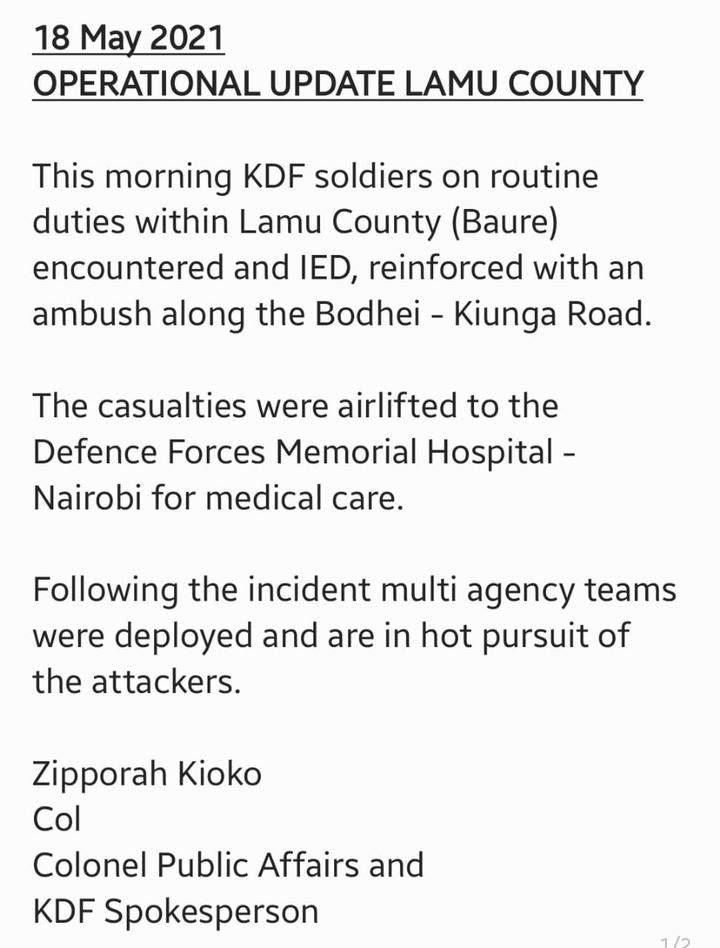 What is happening in Lamu County after the attack

KDF has noted that a joint operation of multi-agency teams is currently ongoing the county, with the mission to catch the attackers

"Following the incident, multi-agency teams were deployed and are in hot pursuit of the attackers," KDF added.

Heartbroken Vera Sidika Addresses Rumours That She Is Faking Her Pregnancy

Reasons behind many students dropping out of Medical school

Take A Look At 4 Healthy Foods For Your Lungs

Virus in Jail: Nationwide Exercise to Release Prisoners in Order to Decongest Prisons

Reason Why I Thought my Father Hated me. Chris Kirubi's Daughter Narrates.