By Githuria.co.ke (self media writer) | 6 days ago 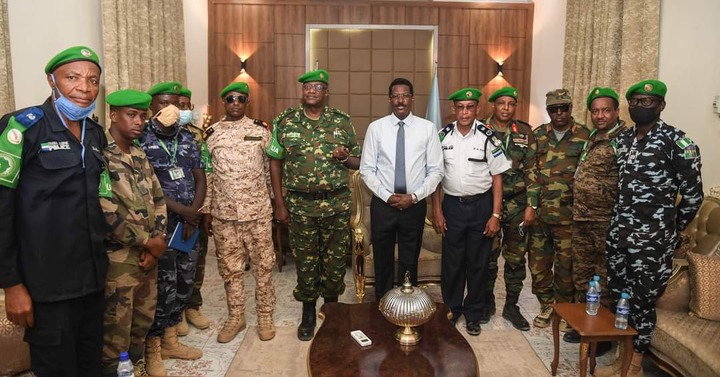 A high-level delegation from the African Union Mission in Somalia (AMISOM), led by the Force Commander, Lieutenant General Diomede Ndegeya, on Sunday visited Dhusamareb, the administrative capital of the Galmudug State in Somalia, to assess the welfare and operational readiness of its personnel to secure the elections in the area.

The delegation visited the AMISOM Forward Operating Base (FOB) in Dhusamareb , a polling station in the town and later held a closed-door meeting with the President of Galmudug President, Ahmed Abdi Kaariye “Qorqor”, and senior commanders from the Somalia National Army (SNA).

Speaking after the meetings, the AMISOM Force Commander Lt. Gen. Ndegeya, said they were impressed by the level of preparedness for the Elections and urged both Somalia security forces and AMISOM personnel to redouble their efforts, to ensure that the elections take place in a secured environment, without any disruptions. 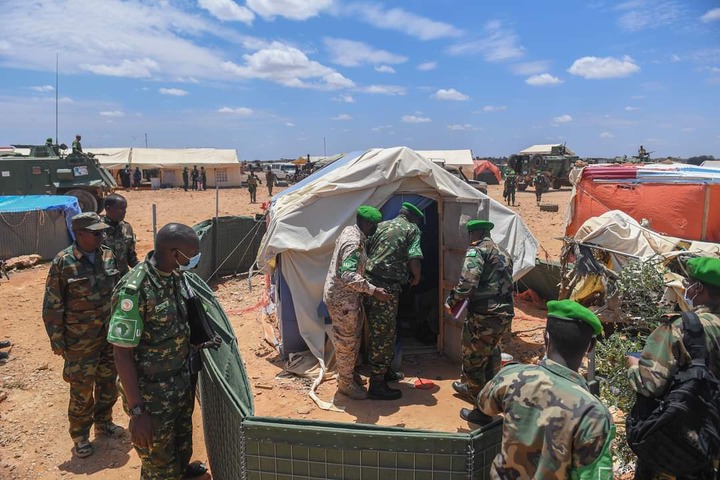 “We also met with the local administration officials and SNA to discuss how we can enhance and accelerate our joint operations. We were very fortunate to be received by His Excellency the President of Galmudug. He briefed us on the security situation, and assured us that it was under control,” said Lt. Gen. Ndegeya.

He urged AMISOM military and police personnel deployed in the area to enhance coordination among themselves to ensure that the Mission achieves its objectives.

“I also came here to boost the morale of our troops and to enhance coordination between AMISOM police and AMISOM military components. We discussed extensively how they can better coordinate, to move forward with their main task, to secure Somalia elections,” the Force Commander added.

Dhusamareb in the Galmudug State falls under the Area of Responsibility of AMISOM Sector Four with the headquarters in Beledweyne in the HirShabelle State. The AMISOM Sector Four Commander, Colonel Hassan Jama Farah, said the visit was timely. 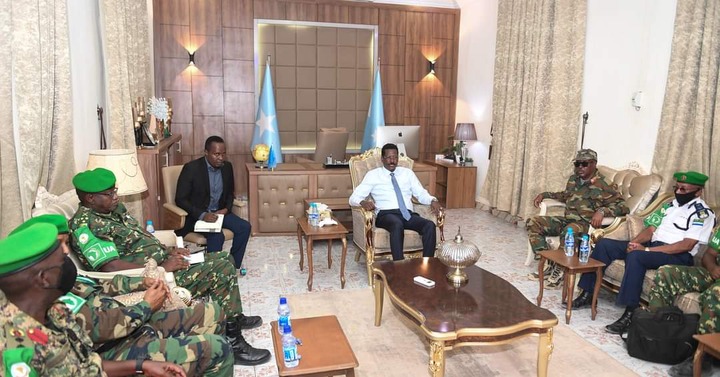 “We came to assess the security situation and also see how preparations for the elections are ongoing, assess election security and to also meet with AMISOM forces deployed here. We came to check both their working and accommodation needs,” said Col. Farah. 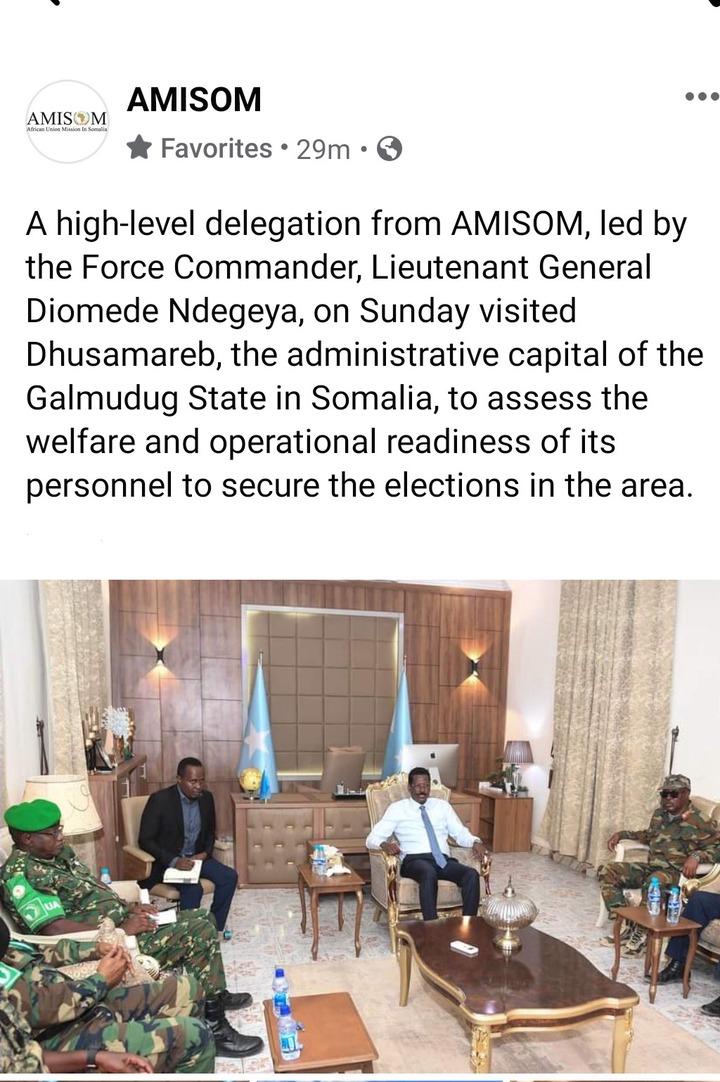