By Njerimkweli (self media writer) | 1 year ago

A 24-year-old woman was yesterday captured with an assortment of lethal weapons comprising of 3 grenades & teargas canisters, the explosive materials are believed to have been heading to Nairobi.

Ms. Galmo Mohamed Galgalo was arrested with explosives concealed in her handbag at Sololo in Marsabit while travelling in a Marsabit-bound PSV from Moyale, belonging to the Nanyuki Car Sacco.

The explosives were discovered by a multi-agency team of officers comprising of Kenya Police and their Administration Police counterparts following information from the public.

DCI’s Anti-Terror Police Officers who have since taken over investigations into the matter are yet to establish the exact location where the explosives were destined, though it is believed that they were headed to the capital city. 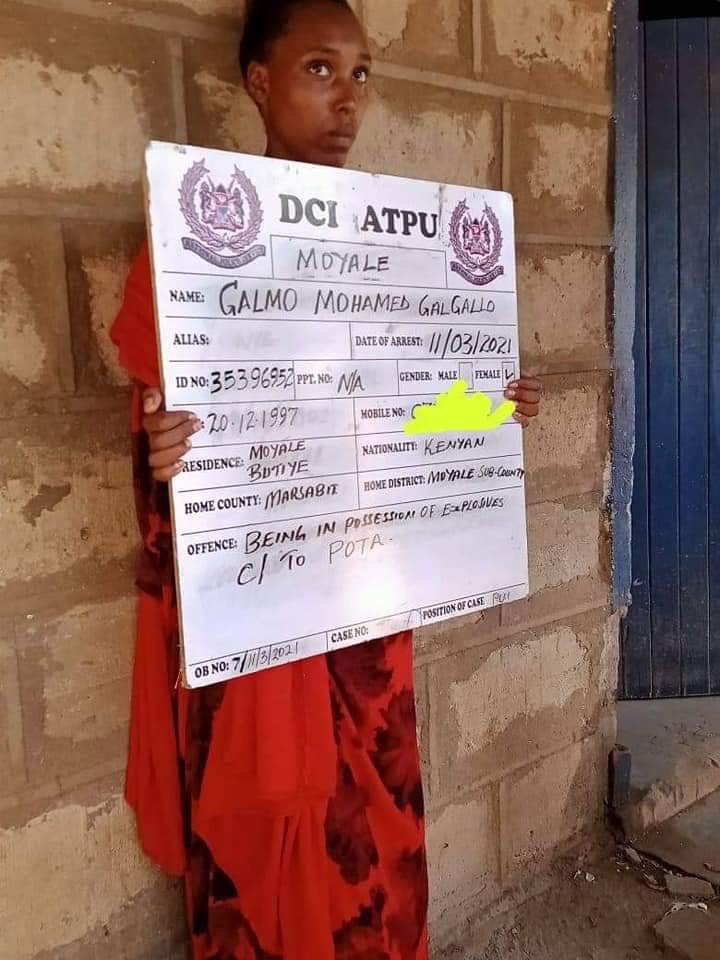 This is not the first time police have captured terror weapons within Isiolo County.

In mid-February two suspects Abdi Fatah Ibrahim and Yusuf Mohamed were arrested and a cache of weapons recovered after their Probox KCY 576H was intercepted on Duma-Yamicha road, Isiolo.

In February 2018, a cache of weapons and a vehicle rigged with explosives were intercepted in Merti, Isiolo County, in what police described as the final stages of a terror attack planned for a Mainstream Church in Nairobi.