By Sonofbatman (self media writer) | 6 months ago

Earlier today, about 2PM, a bus from the Moyale Liner was attacked by Al Shabaab Militants. The incident took place at OLLA that is in Mandera North Sub County involving two PSV buses and a police escort vehicle. 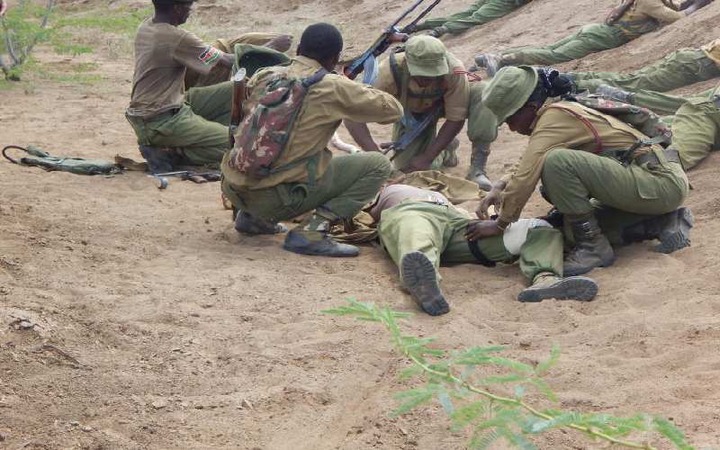 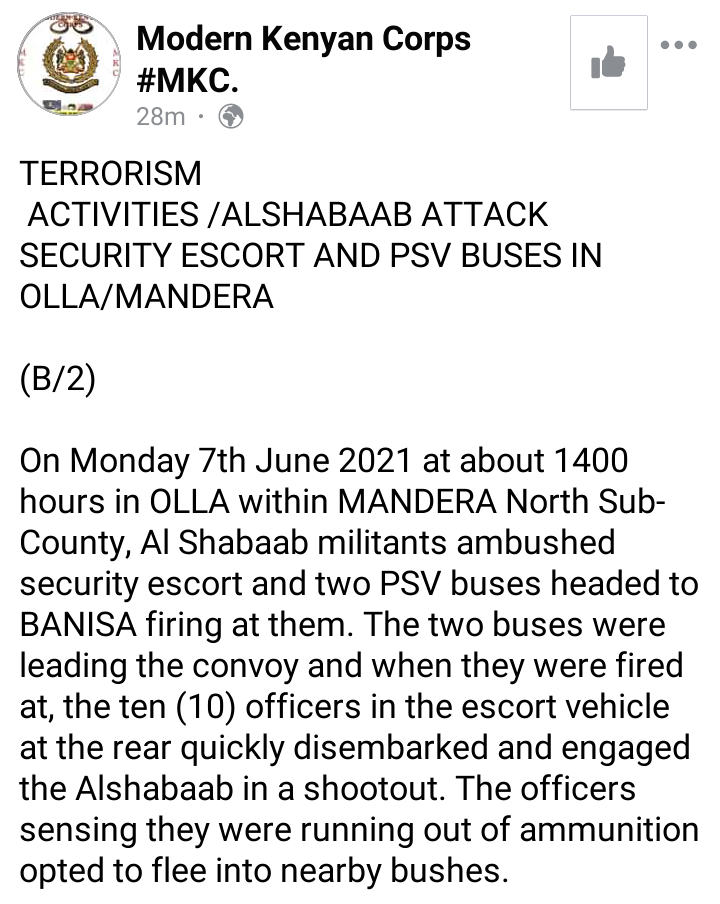 After a fierce exchange of fire, the police officers sensed that their ammunition was running low. They opted to retreat into nearby bushes for cover and have not been seen since the attack. 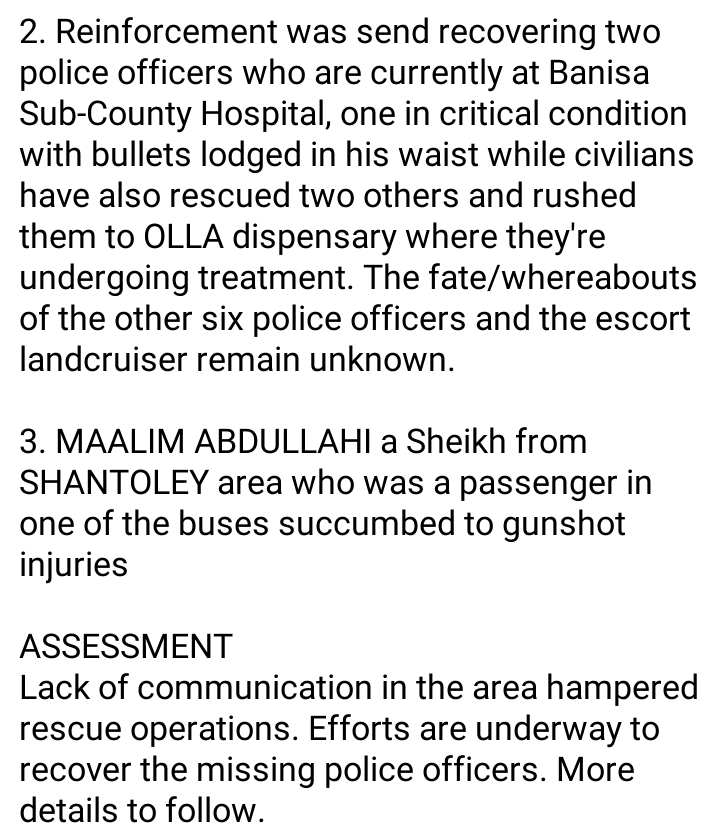 When backup arrived and the terrorists were repelled, two officers were recovered from the scene. The two are both in Banisa Sub-County Hospital with one being in critical condition.

Two other officers have also been rescued by locals and brought to OLLA dispensary where they are said to be in stable condition. A sheikh who was traveling in one of the buses died from gunshot wounds.

The Landcruiser escorting the two buses is still missing from the scene and so are the six Police officers. It's reported that lack of communication in the area has greatly affected rescue operations.