By hagginsMedia (self meida writer) | 1 months 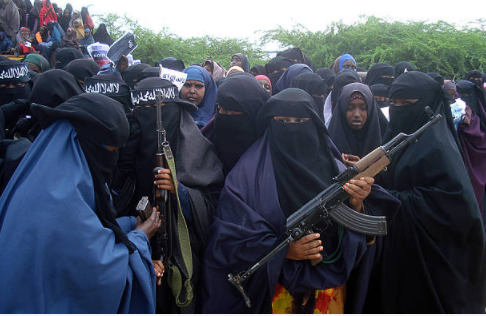 In a recent ongoing conflict that has left several people dead and buildings destroyed, the Somali-based terrorist group Al-Shabaab has issued a statement in support of Palestinians. The group, as reported by Morad news, issued a statement targeting Western nations while applauding Palestine citizens at the same time. 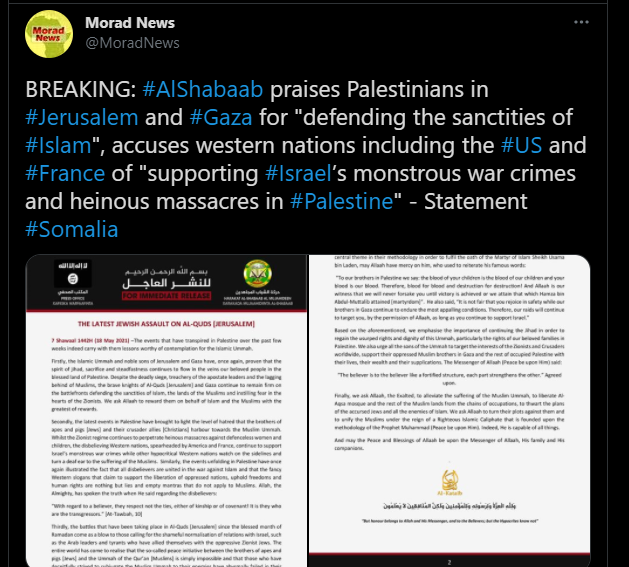 Alshabaab accused the United Nations and France of supporting Israel's monstrous war crimes. At the same time, Palestinians based in Jerusalem and Gaza for defending what they call the 'tenents of Islam'. 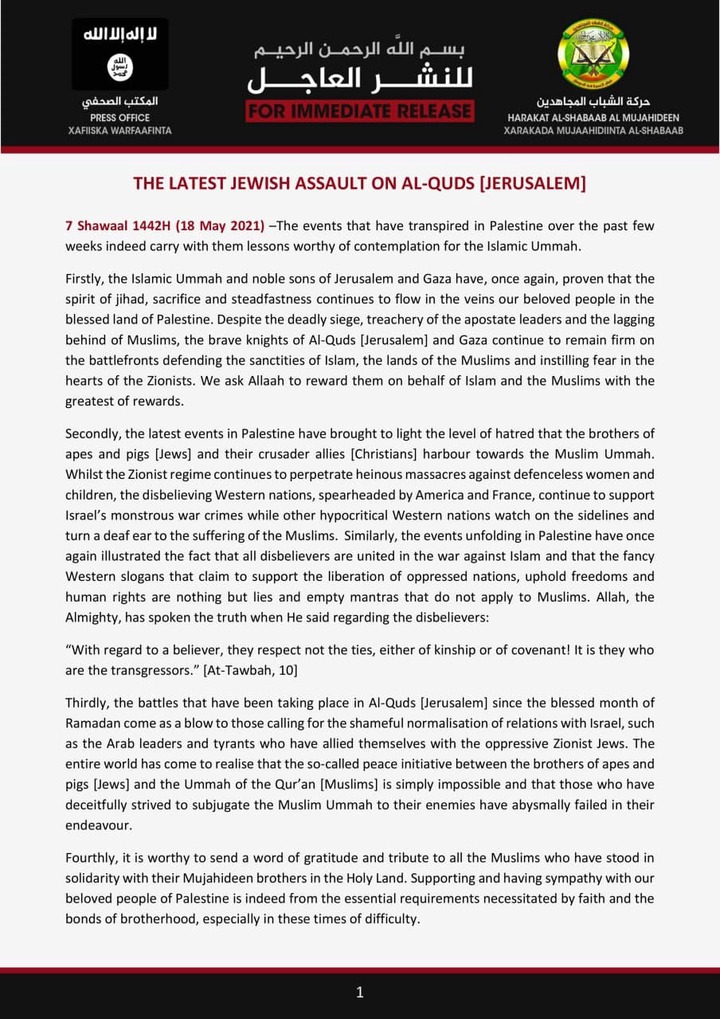 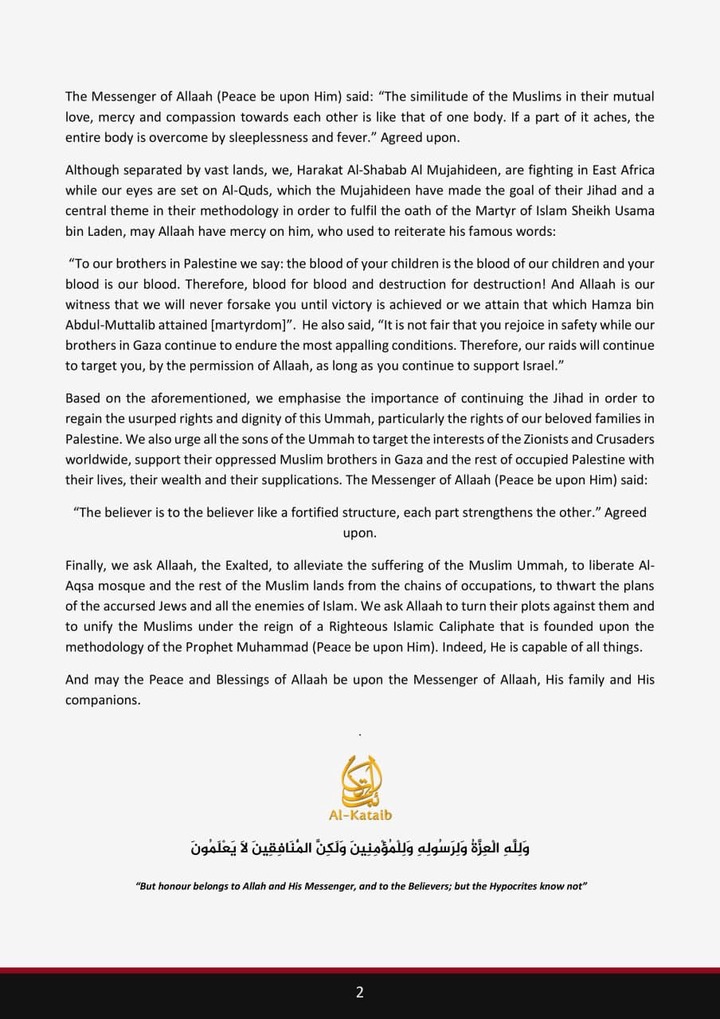 The terrorist group which had since gone silent following its crushing by the Kenya Defence Forces (KDF) appears to have resurfaced this time in support of their Muslim brothers in Palestine. The conflict between the two nations (Israel and Palestine) has escalated with both sides accusing each other of aggression.

Israel has accused Palestinian militants based at Hamas of firing rockets in their thousands into Israel. Palestine on the other hand has accused Israel of waging an air destruction campaign that has left several people including children dead and several buildings destroyed. Across the world, several nations have staged protests in support of Palestine. On Saturday last week, the French police clashed with protesters in Paris who were protesting against Israel's bombardment of the Gaza strip. Police used water cannons and tear gas to disperse the protesters.