By DeepState1 (self media writer) | 24 days ago

According to the reports provided by a reliable source of information, it has been revealed that Ethiopian Militia has killed two Kenyan men in Ethiopia.

In a news report that has been shared by a reliable source of information, it has been revealed that the suspects ambushed the men who were heading home, and questioned them before opening fire.

One of the survivors who spoke to the media has revealed that the suspects wanted to know what tribe they were in before shooting and killing them.

They asked us our names, opened fire, and shot the two men, I don't know why they left me ~He said.

While reacting to this incident, Kenyans who took to their different social media accounts to express their opinions on the matter have called upon President William Ruto to act.

According to the reports given by most Kenyans, they claimed that it is so unfortunate that the government is yet to address this even though other governments would have wanted answers. 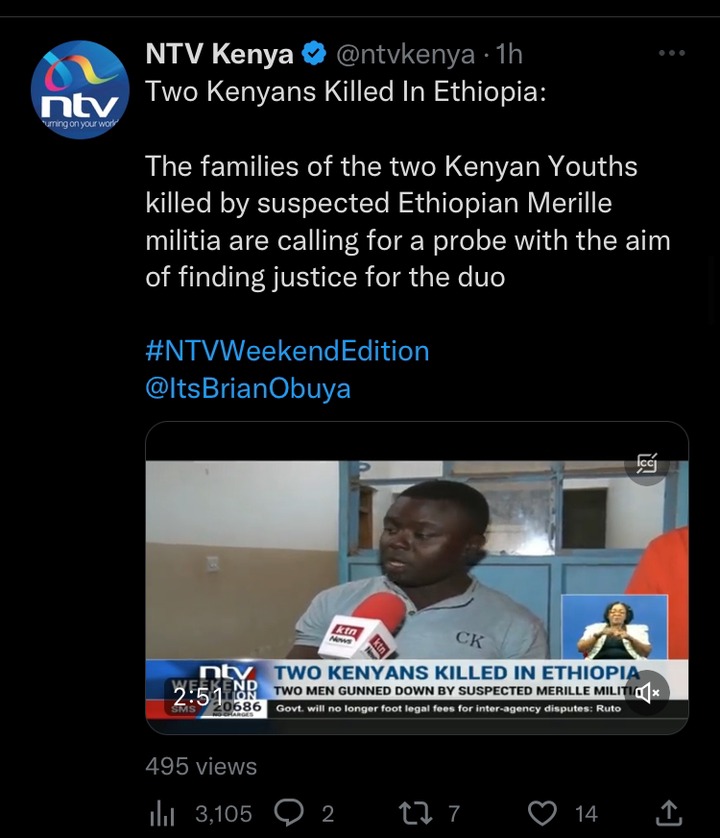