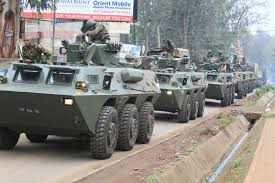 KDF soldiers in the past

Reports from the Democratic Republic of Congo (DRC) have revealed that Kenya Defence Forces (KDF) logistics have arrived in Goma City, located in the Eastern DRC.

Eastern DRC is where armed rebels such as the M23 rebels have been wreaking havoc for many years, which triggered the East Africa Community to deploy the military in the region.

Amid the ongoing peace talks in Nairobi, KDF soldiers have reportedly received military vehicles and other logistics. 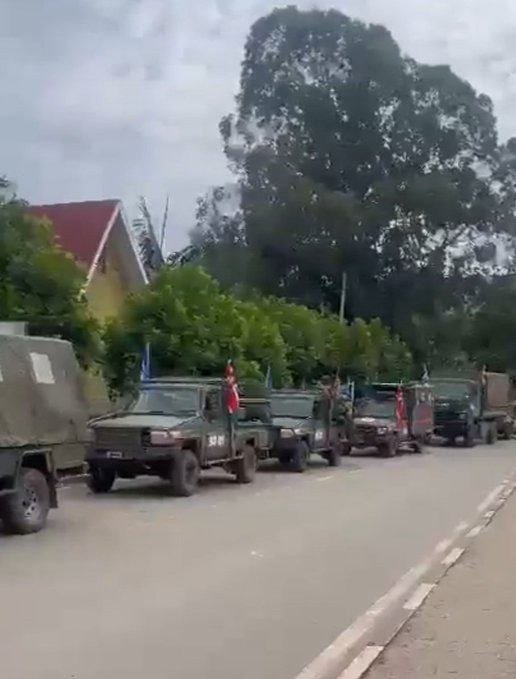 Reliable sources have revealed some M23 rebels are now defecting from the militia group to join government forces and their international partners.

On Friday, M23 announced that they had ceased fire in accordance with the mini-summit orders. The mini-summit which was held in Angola on 23 Nov ordered the M23 rebels down their weapons and back off from the territories they were occupying. 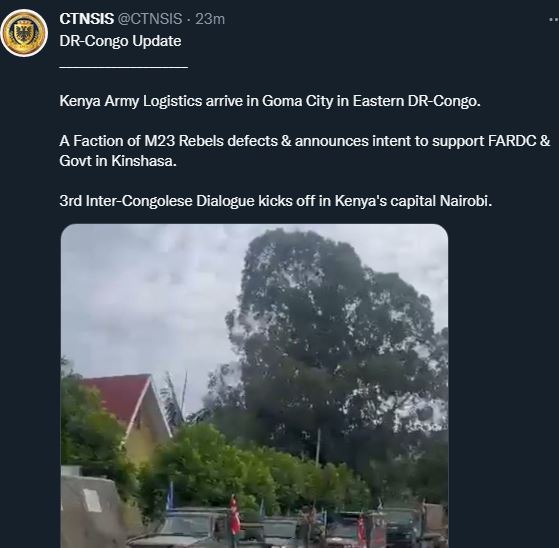 Former President Uhuru Kenyatta is currently chairing an Inter-Congolese Dialogue. It was reported that some militia delegates are also attending the meeting.