By Legendboss (self media writer) | 1 month ago 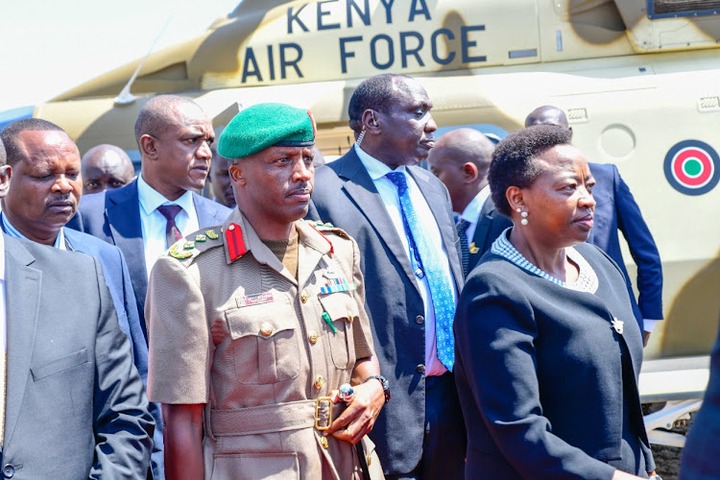 Yesterday October 4, 2022 President William Ruto promoted Colonel FABIAN LENGUSURANGA as the new Aide-de-Camp. Lengusuranga was first spotted escorting the president in Nyeri County during the burial ceremony of a brother to his deputy, Rigathi Gachagua.

Information from military profiles states that Colonel Lengusuranga was commission to the Kenya Army in 1999. He is an expert in Martial Arts. Fabian has been riding ranks to become commander of the Kenya Army Special Forces Unit. He then rose to the position of colonel. Lengusuranga also has several accolades under his belt. Before his promotion to ADC, Fabian has been serving as a senior special forces branch commander.

The New ADC will now be taking over from Brigadier Timothy Stelu Lekolool from the Kenya Navy. Lekolool will be reinstated to the Department of Defence Head Quarters. The role offered by the aide-de-camp is mostly ceremonial. It also offers honour and dignity to presidency. According to regulations given only one ADC is appointed at any particular time. The main qualification for one to be an ADC is that they must be in the rank of a Lt. Colonel or full Colonel.

'' I Worked Very Closely With Ruto, He Is Very Passionate About Youths'' Former Uhuru's CS Explains

North Rift and western farmers have three days to do this