The residents of Nyakach in Kisumu county have been perplexed after a suicide bomber detonated an explosive killing his parents and injuring a young kid. This sad incident has prompted the police to reveal the bomber's identity and past links to militia groups suggesting that the man who was on the run was a returnee from al-shabaab terrorist group based in Somalia. 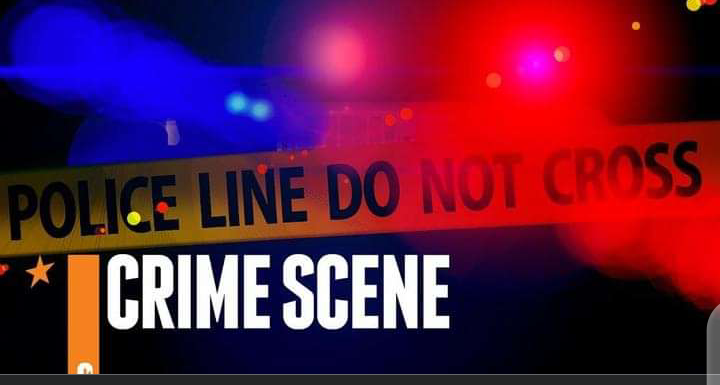 According to the information shared by various social media outlets, the bomber blew himself up using IED killing an elderly couple. Further details from the sources have revealed that the terror suspect who has been identified as Joseph Odhiambo popularly known by his alias name as Pope used a locally made explosive which he tied around his waist. 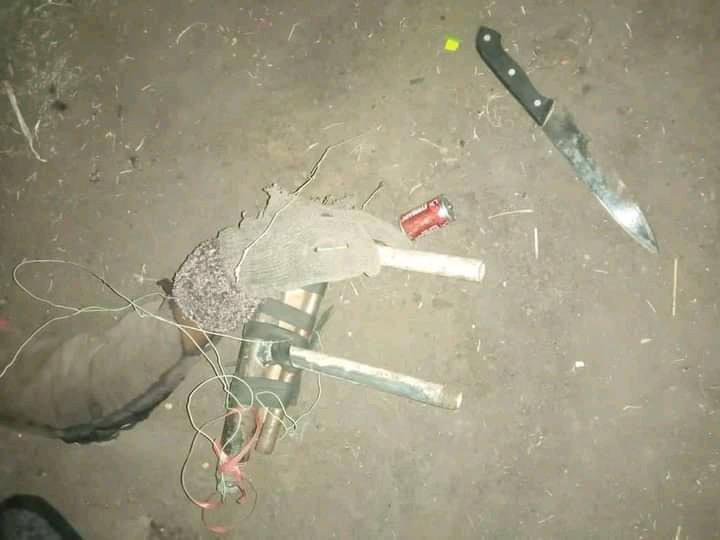 Odhiambo has been on the police radar after attempting to kill his 16 years old girlfriend in 2022 over infidelity. Further sources have revealed that he was a class 5 dropout who ran away from home to Mombasa where he joined the militia group before coming back. A photo of the home made bomb used in the unfortunate incident has surfaced online causing a stir. See some comments from Kenyans below: 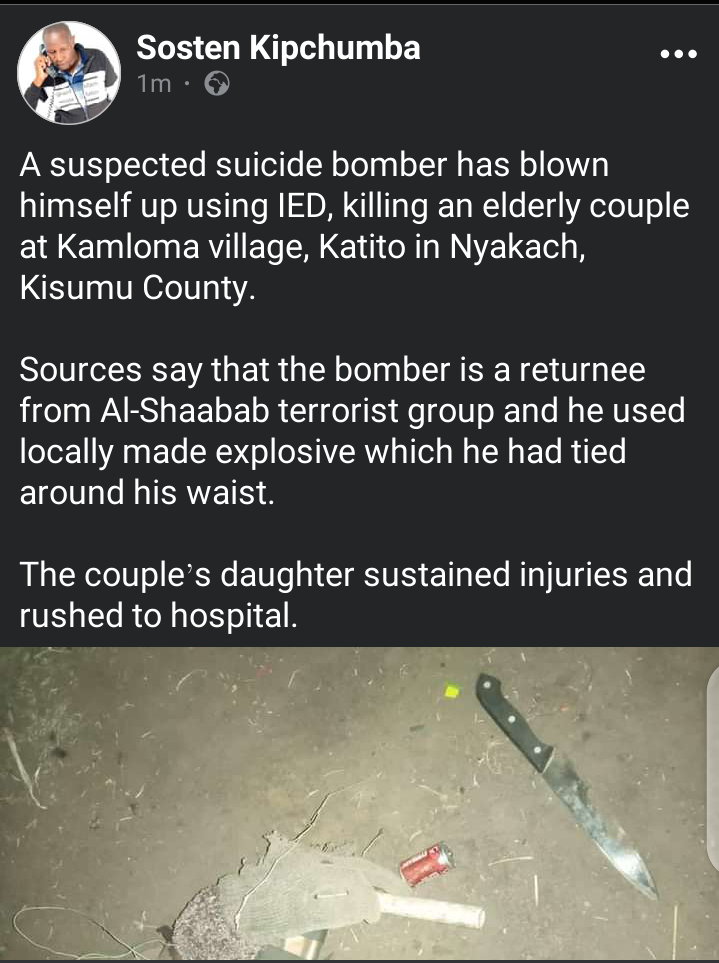 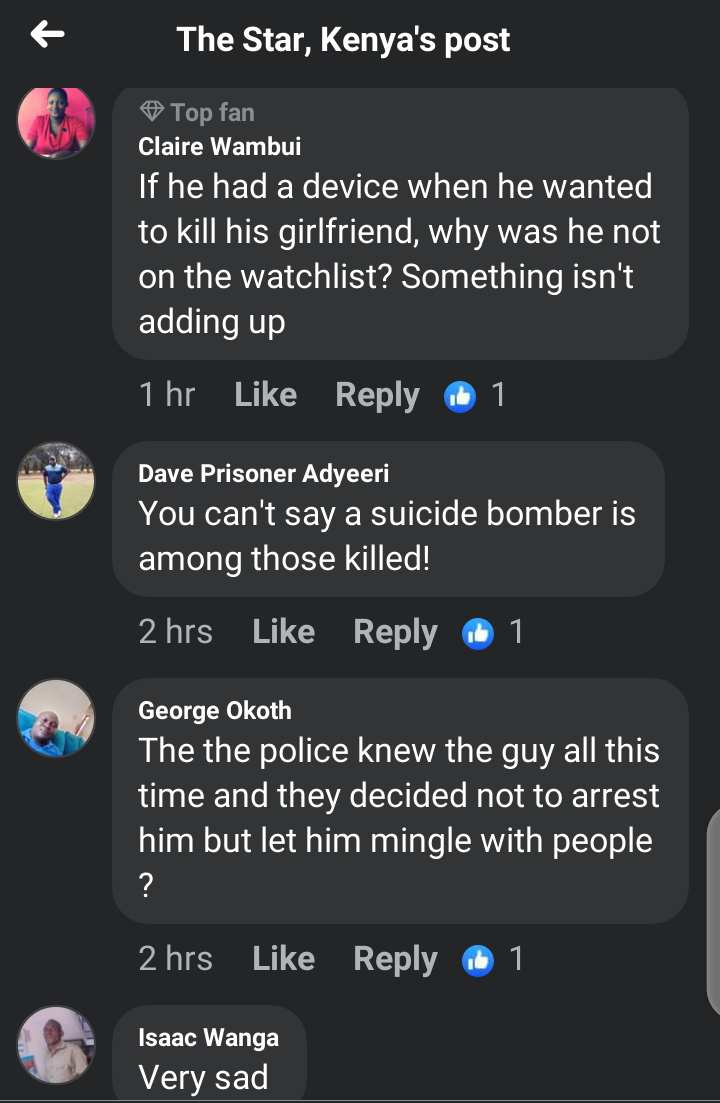