By Mapya-News (self media writer) | 7 months ago 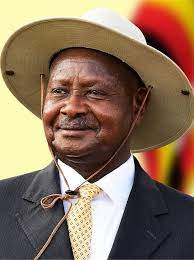 President Yoweri Kaguta Museveni has finally broken his silence after a bomb attack in Kampala. According to reports, an explosion occurred at Digida pork joint in Komamboga, Kawempe Division, a suburb in the northern outskirts of Kampala. At least seven people were injured in the blast, according to local station television stations. 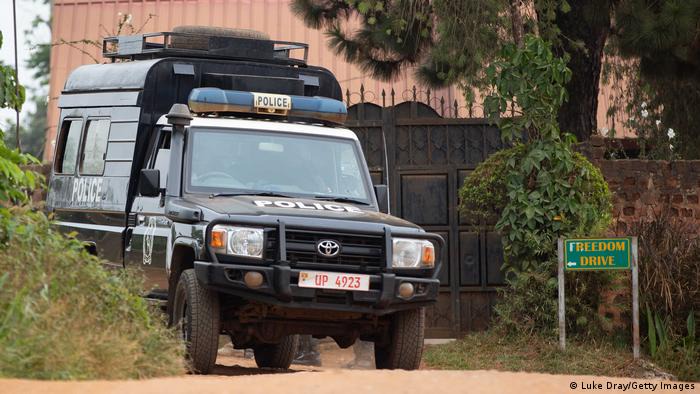 In a tweet on his social media pages, president Museveni said information from his security forces indicate that three people came and left a package which later on exploded, killing one person and injuring five others. “It seems to be a terrorist act, but we shall get the perpetrators, added the Ugandan President. 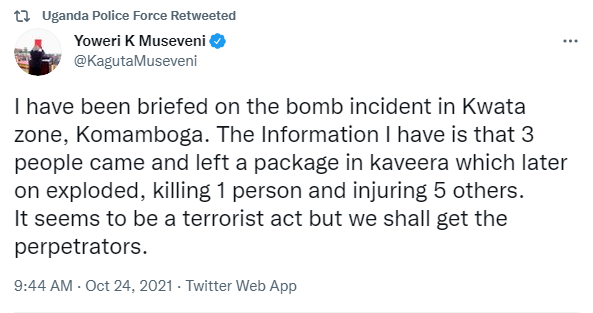 So far, there is no immediate claim of responsibility by any group or individual. Videos shared on social media showed panicked and confused revellers illuminated by blue police lights.

The attack comes only ten days after the United Kingdom (UK) warned of an imminent terror attack in Uganda on October 14.