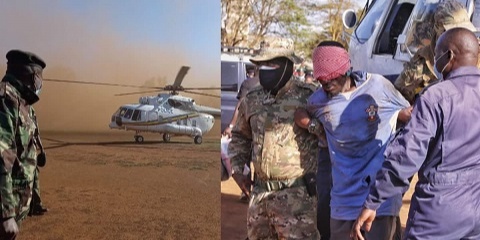 According to impeccable reports on Sunday, September 28, fresh details now reveal that some staff in the facility were involved in the plot to free the trio from jail.

The details are available in statements made by detectives from the DCI Serious Crime Unit and the Anti-Terrorism Police, as well as confessions made by the inmates about how they were helped plan and execute their mission by prison officials.

According to investigations, a prison staff played a key part in aiding the criminals escape imprisonment in a complex seven-month operation. 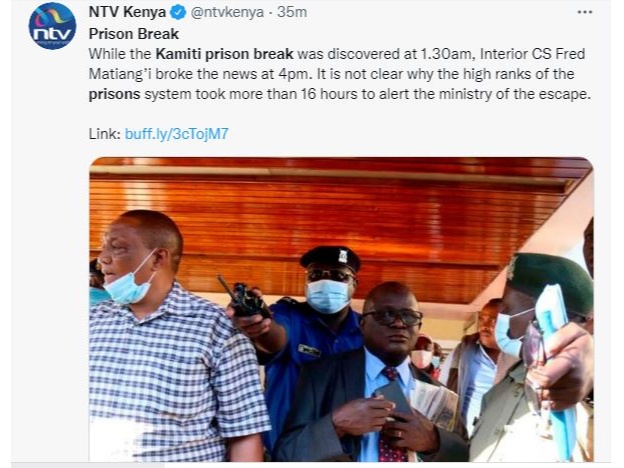 The officer in question was the link between the convicts and the escape funders, some of whom were as far away as Somalia.

With this knowledge, the DCI has turned the investigation's emphasis to at least three people who are currently outside the prison and played a key role in the escape.

Investigators are attempting to obtain forensic information on the three masterminds, who are also accused of sending large sums of money to the officer by mobile cash transfer on occasion.

Police have yet to confirm how much money was transferred to the officer, but believe it to be in the hundreds of thousands of dollars. DCI has requested a statement of the officer's monetary transactions from a mobile service provider.

According to sources acquainted with the investigation, the claimed officer was one of those assigned to check on inmates who were performing normal maintenance on the prison block.

The inmates working on the construction work are claimed to have started drilling the hole in the wall through which the three convicts are said to have slipped through during the night of November 14 and 15.

The claimed officer was on duty on the night of the escape, but had been assigned to a different section and was not near the prison block 6A, where the three criminals were being held. 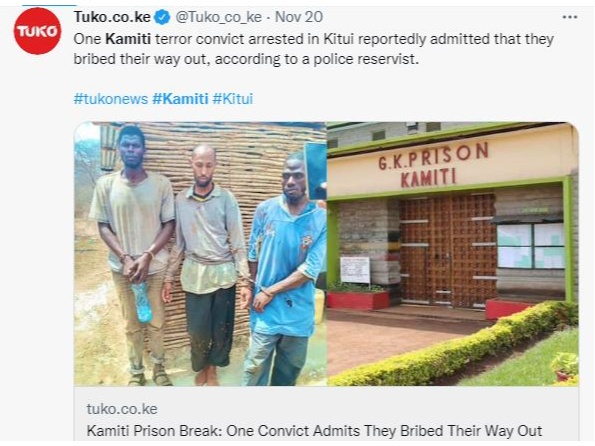 Officer used to visit the cell

The convicts told the cops that during the planning phase, the officer would visit their cell while on duty without raising any suspicions.

He'd then walk away after handing over cash to the detainees that had been sent to his cellphone.

When asked how they obtained the blankets they used to scale the prison's double walls, the inmates stated they began complaining about the frigid weather in March and were able to collect blankets brought in by relatives and friends through the prison's welfare.

The same prison officials and his associates would also provide regular updates to the convicts on the facility's security measures, including officer working shifts.

According to sources familiar with the inquiry, the prisoners chose that day because they knew the security squad would include some officers who weren't 'known to be hawk eyed' and would take advantage of the malfunctioning CCTV cameras.

"They'd been advised that the cameras were down and that some of the cops on duty that day had stopped into the canteen for a drink," an officer explained.

The inmates exited their cells and fled after breaking through the hole in the wall, knowing that several of the wardens were sleeping and the CCTV cameras were destroyed. 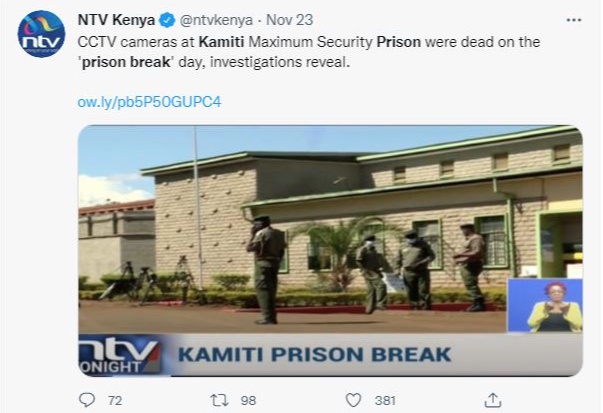 The inmates jumped into a waiting automobile after fleeing the prison area, which had been hired to carry them to a safe distance.

Around 1 a.m., they boarded the car, a Toyota Probox, and drove to Machakos. At roughly 3.30 a.m., they arrived in Machakos town and were let off near a bus stop. In Machakos, a second automobile was scheduled to pick them up, but it never arrived.

The three were eventually forced to board a matatu, which they used to go to Kitui, where they were apprehended and returned to prison.

On November 18, the convicts were apprehended in a rural settlement in Kitui County's Endau. According to police, the group was running into Somalia's Boni Forest. 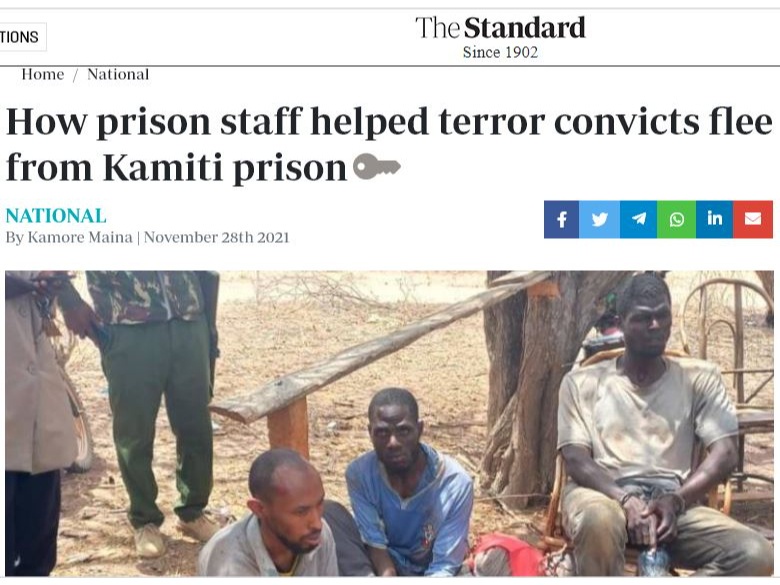 DCI George Kinoti said police were tipped by members of the public who saw the suspects buying milk, water, and biscuits at Malalani market in Endau, some 100 kilometres east of Kitui town.

In order to avoid detection, the three resorted to wandering at night and sleeping in the bush during the day, according to police.

The three requested instructions on the Mwingi-Garissa route, according to Kitui County Police Commander Leah Kithei.

The escape of the criminals resulted in the dismissal of prisons chief Wycliff Ogallo and the arrest of six Kamiti prison wardens. The wardens are currently being held in police cells as the inquiry continues.

It's unclear why it took more than 16 hours for high-ranking jail officials to notify the government of the escape.

The disorganized way they handled the incident, their delays in physically going to Kamiti to coordinate recovery efforts, and the fact that no one knew when the terrorists had escaped did not sit well with Dr Matiang'i and President Uhuru Kenyatta, according to sources.

Uhuru being informed of the escape

Dr Matiang'i informed President Kenyatta of the escape at 4:05pm, five minutes after Mr Ogalo's call to him, as another night of mayhem loomed. 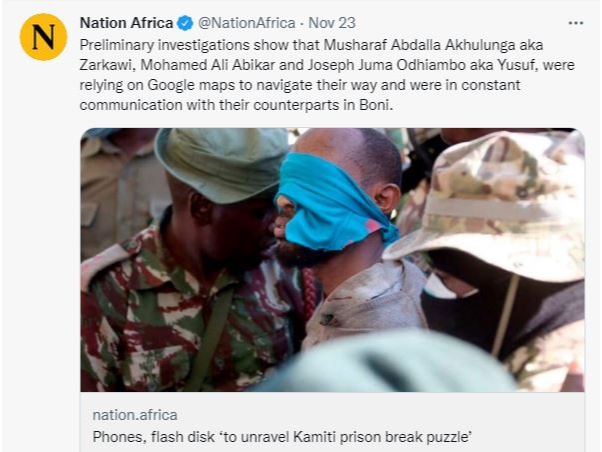 Three minutes later, at 4:08 p.m., the National Security Advisory Committee called a virtual meeting to address the situation, agreeing to tell the public and offer a Sh60 million reward for information leading to the capture of the escapees.

The team was shown a hole in the prison's initial barrier wall and told that the inmates had burrowed their way out. However, escaping through this hole would have put the terrorists right up against a six-metre wall guarded by armed officers.