By Mintonews (self media writer) | 23 days ago 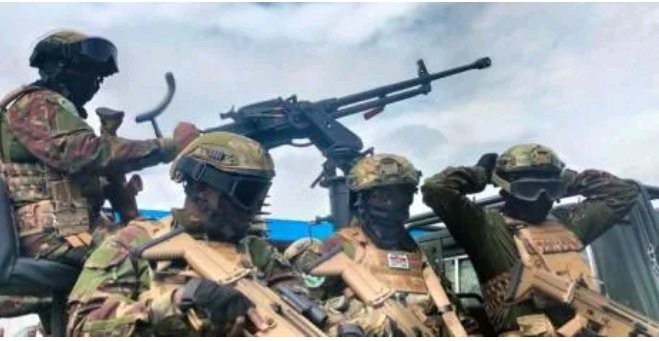 The second batch of the Kenya Defence Forces soldiers left the country on Wednesday to join their colleagues in Congo for a peace keeping mission. The first group left about a week ago and they have been busy helping to quell the aggression of the M23 Rebels that have become untouchable.

The soldiers left armed with all kinds of weapons that they will require during the six months mission. Among the weapons they carried are the Special Operation Forces Combat Assault rifles (FN-SCAR). These deadly guns were initially designed for use by the US special forces in 2004 and therefore very few countries own them. 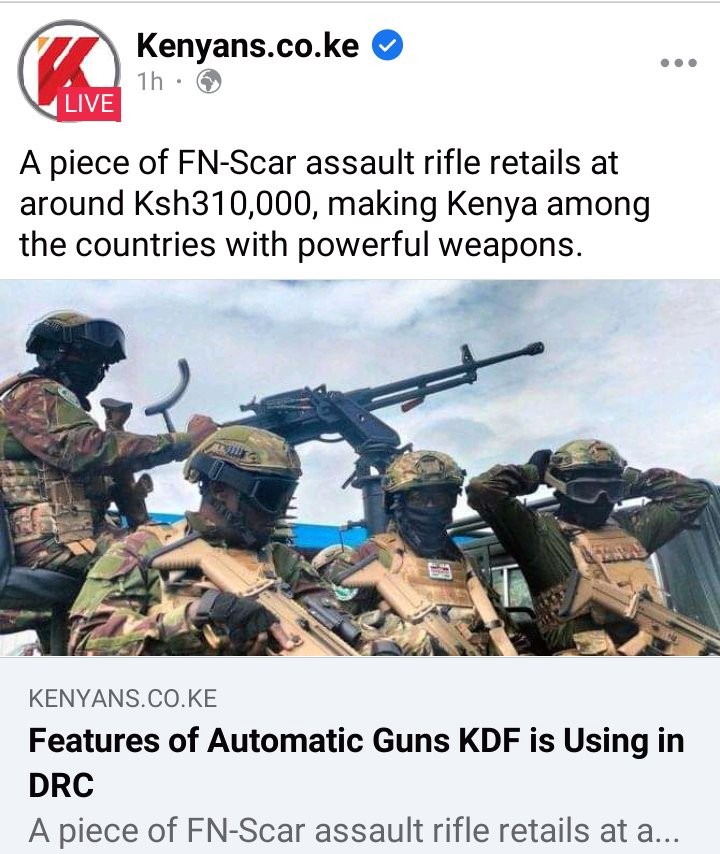 One piece of the FN-Scar assault riffle sells at Ksh310,000 which makes Kenya one of the countries with the most powerful weapons. Most law enforcement officers in DRC are using AK-47 guns which are not very effective. Defense cabinet secretary Aden Duale also said that the previous government invested a lot in artificial intelligence which has further boosted the country's ability to defend itself.

Kenyans reacted to the revelation in different ways. Many were surprised that a gun could sell at such a high price while others congratulated the Kenyan Defence Forces for being top of the chain. Below are some of the comments Kenyans gave on Facebook;

Content created and supplied by: Mintonews (via Opera News )