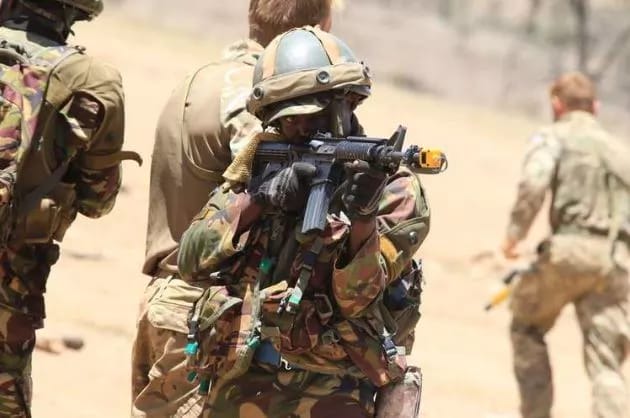 Kenya has agreed yet again another deal to send out of the country a contingent of highly trained Kenya defence forces (KDF) commandos to a UN mission in DRC titled MONUSCO , just days after president Uhuru Kenyatta agreed a similar deal with Democratic republic of Congo (DRC) president Felix Tshisekedi. The mission signed by Uhuru and the DRC president is named as Rapid intervention Brigade.

The Saturday Nation reports that the highly trained commandos identified as The Rapid intervention force (RIF), is about to be dispatched out of the country to the DRC in a mission which expects describe as the 6th most dangerous mission in the world. This comes following a request from the United Nations (UN) which was accepted by Kenya, KDF spokesperson Col Zipporah Kioko confirmed.

The KDF Commandos are expected to last for a maximum of 4 years and will comprise of highly trained KDF personnel whom military experts describe as 'walking weapons' because they are so well-trained. They include the highly trained KDF unit that captured the Somalia town of Jilib and killed a top Al-shabaab commander.

They are drawn from the 20th parachute battalion and the 5th Battalion Kenya rifles abbreviated as 5KR. Others that will be send on this mission are the mysterious long range surveillance (LRS) unit described by military and government sources as 'above too secret' as they are run by military intelligence, the newly formed Marine commandos, the special boat unit of the Kenya navy and the American trained 40 rangers strike force (40RSF).