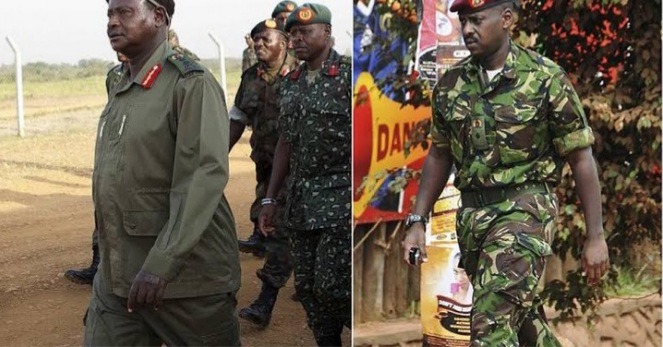 Long-serving Ugandan junta Yoweri Museveni is seemingly a troubled man following a concatenation of events in different African countries that saw senior political leaders toppled by mutinous forces in the most unceremonial way.

Barely three days after his son, lieutenant general Muhoozi kainerugaba who happens to be the commander of Uganda People's Defence Forces (UPDF), bragged about the exceptional capabilities of the military unit under his command, Museveni too has joined the debate.

Muhoozi through his Twitter handle claimed that his outfit can take barely a day to neutralize rogue military men who may intend to overthrow government as it was the case in Guinea, where Colonel Mamady Doumbouya, a Guinean military officer led a successful coup a few weeks ago.

According to Muhoozi, in the event of such an incident, they would only require to get instructions from their commander-in-chief (museveni) and the operation will be as good as done. 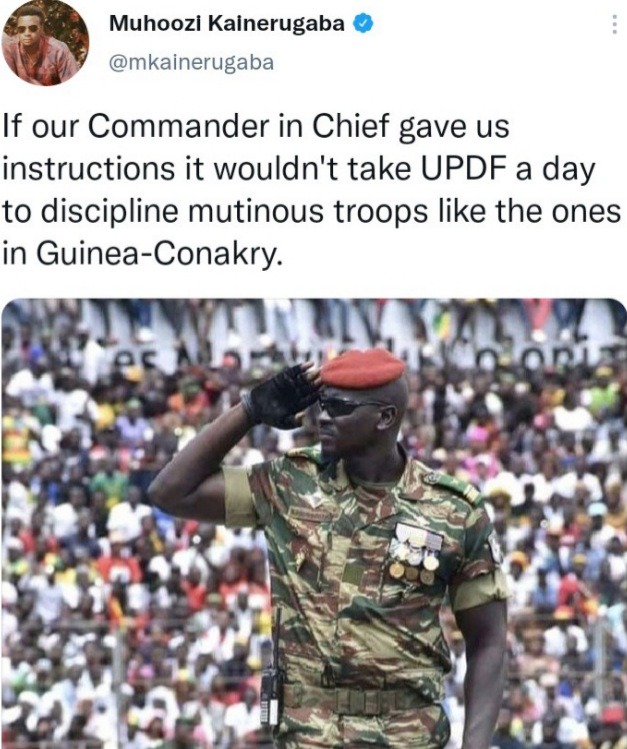 Museveni who also captured power through a deadly guerrilla war that overthrew the government of President Milton Obote on January 26th 1986, in the process exposed his anxiety with the frequent incidences which have prompted him to release a 15-page report containing a vivid historical background of African 'freedom fighters' who helped establish strong Nations over the years and who he says must not be interfered with or intimidated by the military. 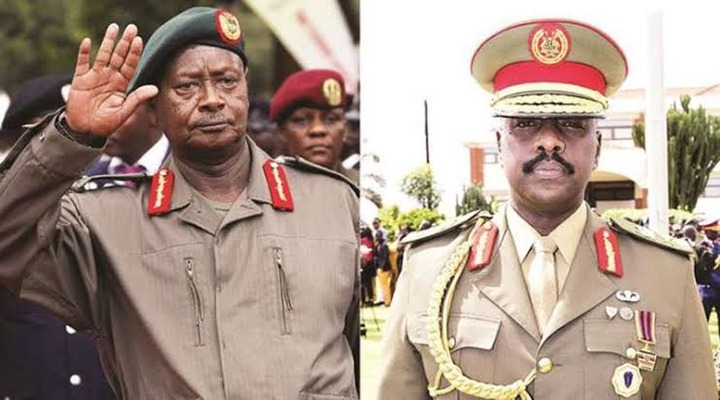 According to Museveni who has been at the helm of Uganda for over three decades, the Mali and Guinea scenarios which are the latest "must be evaluated by African Freedom fighters and a principled stand taken there after".

Museveni's unforeseen venture into such a critical debate after his military son boasted of having the capability of suppressing coup-plotters has since raised more questions than answers.

Could museveni be fearing that he might be the next victim of being toppled owing to his long stay in power and disputed elections cycle? Time will only tell the source of all his uneasiness. 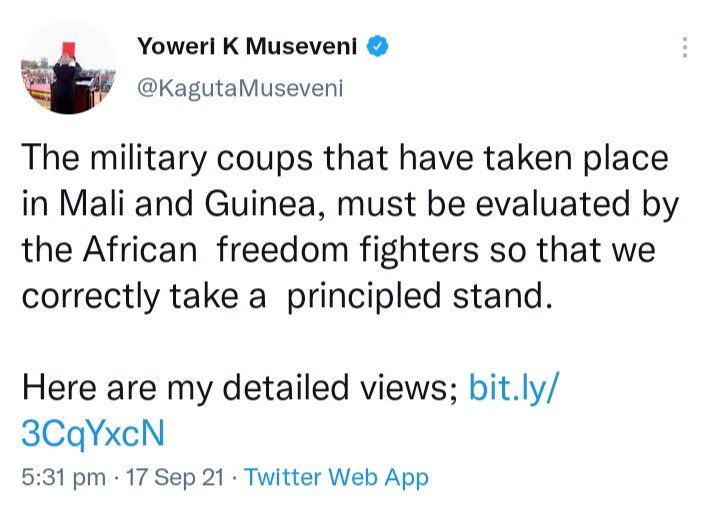 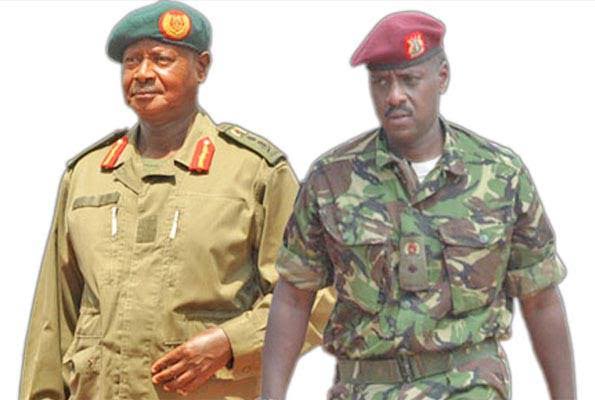 Francis Atwoli Sends A Tough Message To Ruto, Allies Over Claims That They Have Numbers

Where Exactly Is The Garden Of Eden Today?