A pastor among two killed as seven others wounded in a recent invasion by suspected armed thugs in Koitialal, Elgeyo Marakwet County.

Brief reports by the police revealed that seven others including two minors were heavily wounded during the attack. 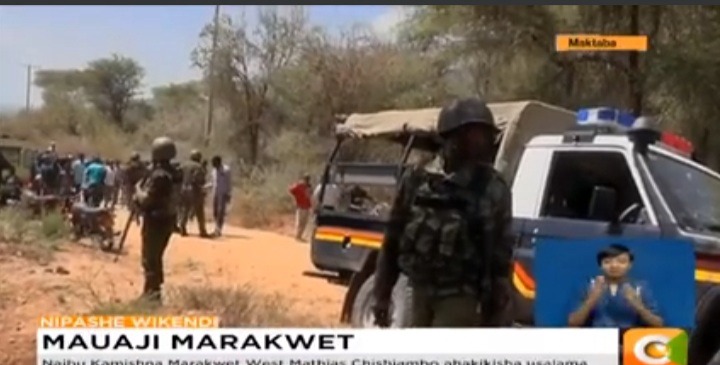 Mathews said that the assilants escaped with goods worth thousands of shillings, before causing massive destruction of property in Marakwet West trading centre.

A somber mood still engulfed in the region following the recent invasion by the armed suspects who fled to unknown destination after the invasion.

This comes barely few days when unknown assailants staged attacks in the area before fleeing with unknown number of goods.

The seven victims have been rushed to the various hospitals within the region for emergency treatment.

Meanwhile, the bodies of the two were transferred to the hospital mortuary awaiting postmortem. 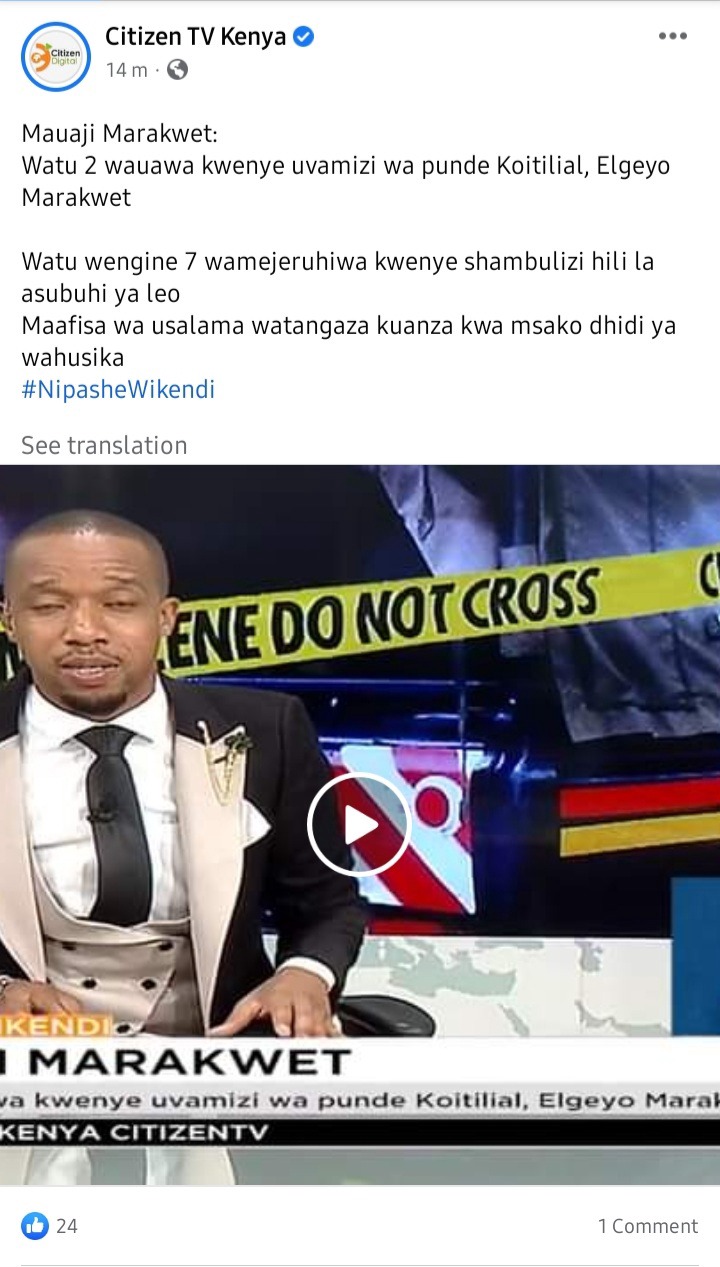 How William Ruto Has Been Welcomed At Bomas of Kenya

Gachagua, wife and their sons dazzle in flawless outfits ahead of the Presidential results announcement

Total Power Blackout at Ruto's Backyard Ahead of Presidential Declaration