By KimaniOsoro21 (self media writer) | 15 days ago

The Kenya Defense Forces has been going about its dangerous mission in Somalia unhindered and undeterred in the last 8 years after first deployment. 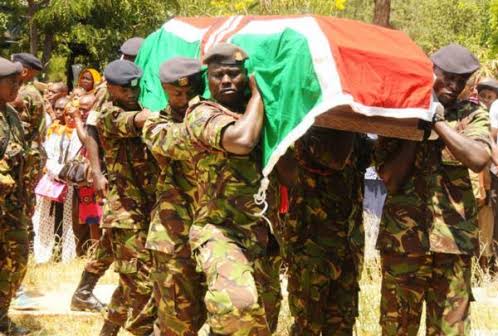 The fight has not been an easy one but the soldiers have stuck to their guns and have brought some major victories back home in their wake.

The soldiers have been able to ensure that some major towns in Somalia have been liberated from the york of their terrorist captors that is Al Shabaab.

Al Shabaab has been terrorizing the region without any regard for human decency and that is why the African Union Mission in Somalia had to be initiated.

However, in the annex of our history, the Kenya Defense Forces suffered one of the most brutal attacks that it has witnessed since it's arrival in Somalia.

The attack saw so many soldiers lose their lives at the hands of the terrorists as they were caught unaware. 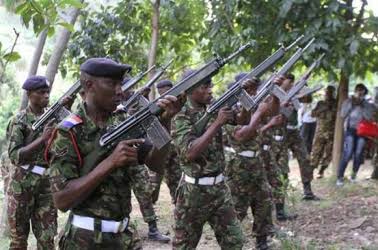 On the 15th of January 2016, the Al Shabaab orchestrated an attack on a Kenyan run AMISOM base in the town of El Adde found in Gedo, Somalia.

It by far remains the deadliest attack on the AMISOM Peace Support Mission to Somalia and is the Kenya Defence Forces (KDF) largest known defeat since independence in 1963.

In a well cordinatated attack at around 6:30 AM on that fateful morning, about 300 Al Shabaab fighters attacked the Garrison.

It was estimated at the time that about 200 Kenya Defense Forces were in the place at the time of attack.

Al Shabaab first attacked the gate with a suicide bomber who was able to detonate and dismantle the armory as well as the communications devises and killing dozens in his wake.

The blast was described as worse than the one witnessed during the 1998 Al Qaeda bombing in Nairobi.

A propaganda video was released by the terrorists showing captured soldiers as well as vehicles that they had taken in their possession.

It remains the deadliest attack on AMISOM soldiers since inception of the mission in Somalia. 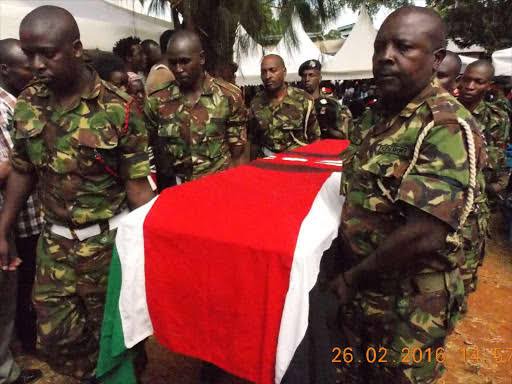