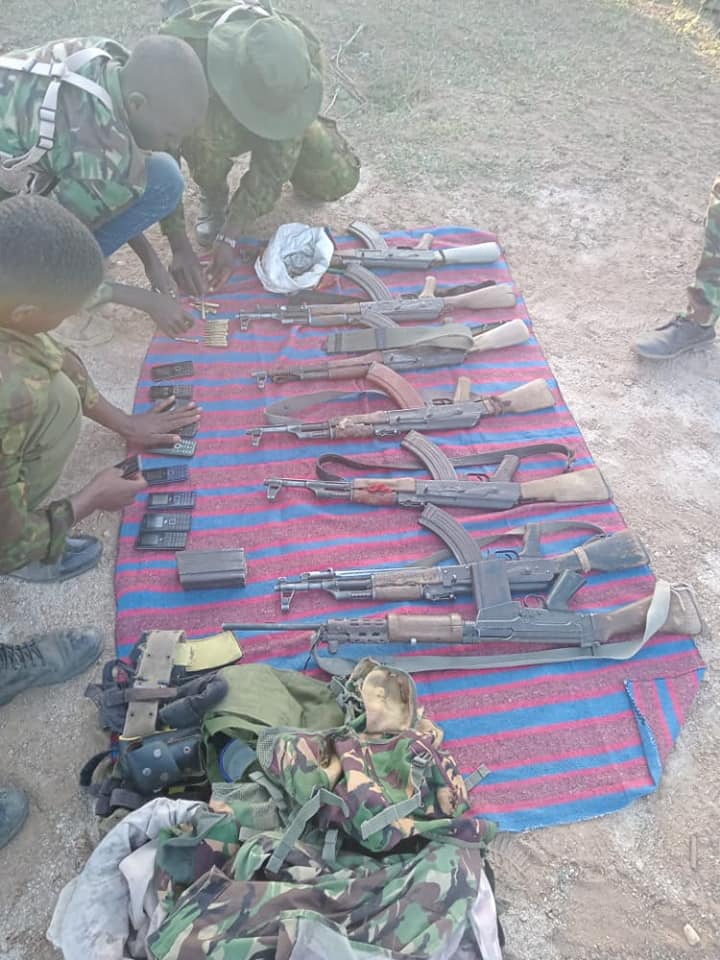 There was a heavy exchange of fire between police officers and dangerously armed militants in the Kom area, Merti Sub-County, Isiolo County on Wednesday, the National Police Service has confirmed.

NPS has said officers were on routine patrol within the region when they came face to face with militants before a fierce gun battle ensued.

Heavy exchange of fire filled the air and lasted for several minutes, and when it stopped, several militants had been shot. 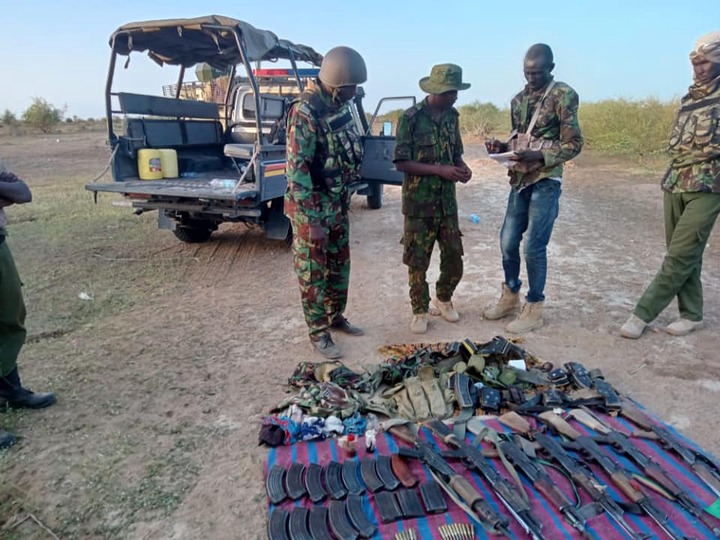 NPS notes that militants were overpowered by brave police officers from Merti Sub-County who were working jointly with the GSU and Quick Response Unit (QRU) rained bullets on them without mercy.

At least nine militants were arrested during the shootout. 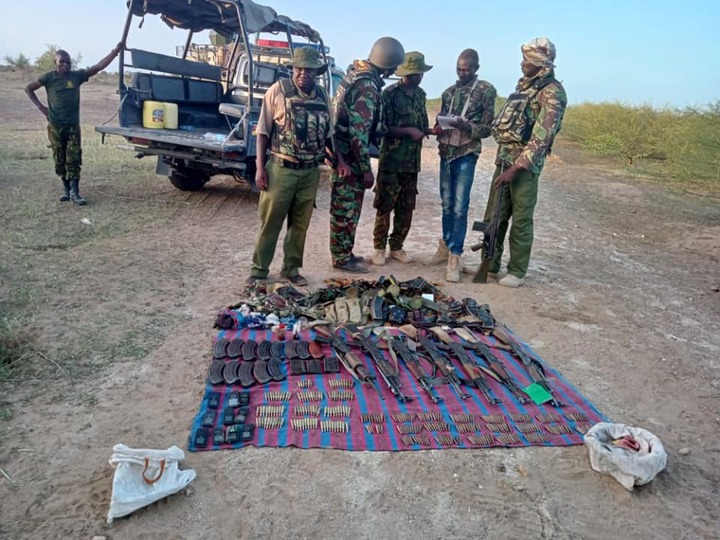 "A suspected militia group which was overpowered and a number of recoveries made; 6 AK47 rifles, 1 FN firearm, 16 magazines, a pair of Jungle Police uniform and several rounds of ammunition. Nine militia members were also apprehended and are currently in custody," DCI noted. 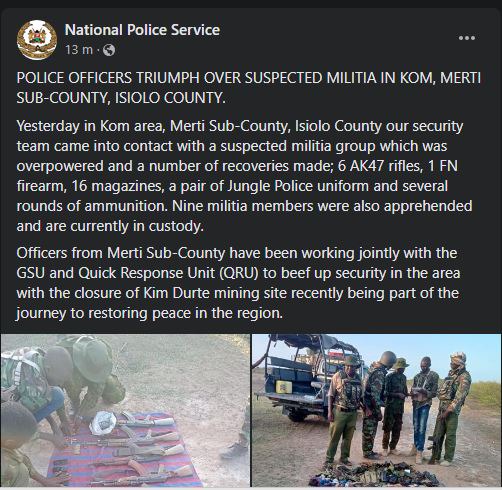