By LaikipiaNews (self media writer) | 10 months ago 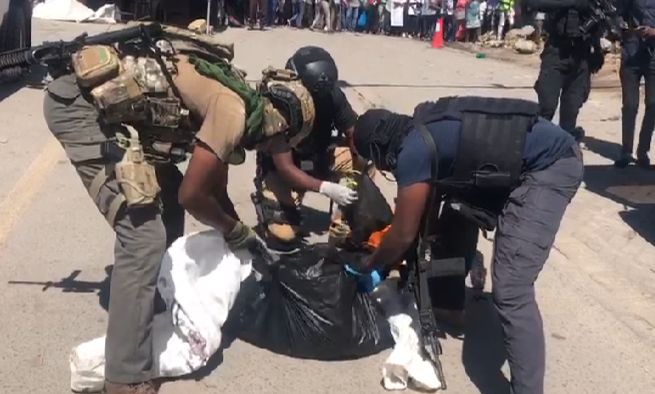 The suspects who were on rush to exiting through the channel were arrested at around 10 am on the mainland side after a tip-off from the public on the presence of the two people whom they described to be conducting unusual business around the town.

After a thorough search in the car, the detectives were able to recover two AK-47 rifles, mobile phones, ammunition and other items during the joint operation.

Confirming the incident, Coast Regional Police Commandant Manase Musyoka said a probe has already been launched into the matter.

The boss further lauded the public for active participation on matters of security within the region something that as seen a decrease in criminal activities.

He further argued them not to put down their guards down and continue to pass any crucial information that will lead to averting any terror activities.

The two are expected to be arraigned in court where they will charged on attempted terror activities in te country.

Just In: Goverment Makes A Major Announcement To Cut Short Accidents Along The Nairobi Expressway

Sensed Defeat? Wild Allegations Have Emerged On What Azimio Is Preparing To Do Ahead Of August 9th