By RIFT.VALLEY.NEWS (self media writer) | 4 months ago 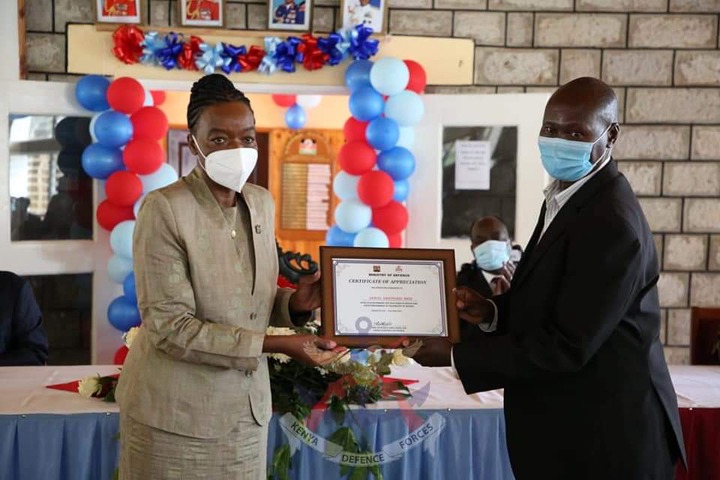 The event was held to give thanks and offer a proper sendoff to the retired civilian staff in what the CS termed "very important and monumental" for the Ministry as a whole.

She said the platform was an opportunity to bid farewell in a decent and official manner and urged them to borrow a leaf from the uniformed side.

“It is my hope that the civilian side of the MOD will borrow from the uniformed side what is a very noble tradition of recognizing and bidding farewell to retiring collegues.” She said.

She continued by emphasizing the importance of creating a culture of convening to say goodbye and promised that todays’ function will not be a one-off and that it needs to be intergrated into the ministries traditions. 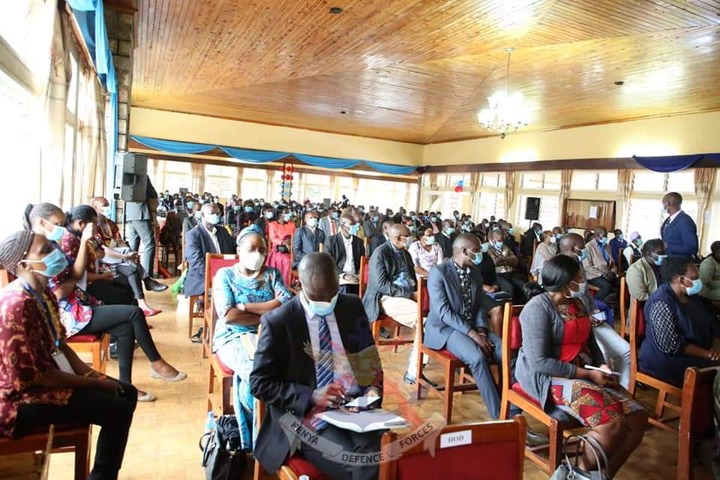 “Today we recognise your contributions to the Ministry, to public service and to our nation at large through the many years of sacrifice and service that you have invested for our beloved motherland.

This is a statement for your dedication, diligence, patriotism and selflessness in the edevour to serve fellow Kenyans throughout your careers.” The CS said.

She futher commended the retirees by recognizing their contributions which enables the Ministry to achieve its various milestones in the execution of its mandate to defend the country.

“Your able support, particularly ensured that the military personell focused on their core duties of securing this nation” she said.

The CS also gave importance to ones preparation towards retirement noting that it offered opportunity to unwind and pursue ones interests. And that “with proper planning, I have no doubt that you will enjoy your retirement.” She said.

She also encouraged them to transfer the skills, garnered over their tenureship under the Ministry, to their post retirement activities. "Working at MOD creates a certain modality of approach to service, owing to the level of discipline, commitment and dependancy required.”

The Principal Secretary for Defence, Dr. Ibrahim Mohamed stated that the country’s most valuable asset was its human resource, its people, both serving and retired.

“We can never thank you enough for the hardwork, dedication and commitment you have rendered for the MOD and most importantly to the public service.” He said.

On behalf of the Army Commander and his deputy, the Chief of Personnel (Headquater Kenya Army) Brigadier Mohamed Hassan also echoed the PS on his take on the Ministry’s value for Civil Servants and greatly urged the retirees to, “not fade away but rather be useful and important in the society for the country still had use for their skill set."

Hon. Peter Odoyo, the Chief Administrative Secretary for Defence also in attendance, commended the CS on her efforts in recognising and appreciating the backbone of the Ministry- her civilian workforce tirelessly toiling behind the curtains unseen. 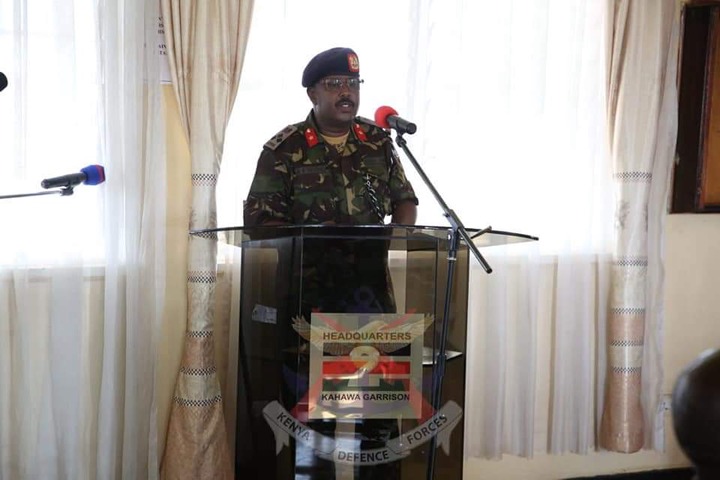 “They are the unsang heroes of this Ministry. Soldiers will remain at the core, but some of the tasks and commitments done by the civilian staff aid the military personnel to focus on matters security.”

Madam Alice Kiarie who served at the Ministry for six years as the Director of Policy, Strategy and Planning, spoke on behalf of the retirees. She appreciated the Ministry’s gesture and thanked the CS for her part.

She adviced personnel in active service- both military and civilian to “work towards securing a better retirement for themselves and their families,”. She also noted that the years she had served at MOD had lifted her level of skills and expertise.

She also urged those in service to serve diligently, so that when the time to retire come they too will embrace retirement and go home with contented mind and spirit, free from regrets, ready for the next chapter of their lives.