By HourNews (self media writer) | 5 months ago 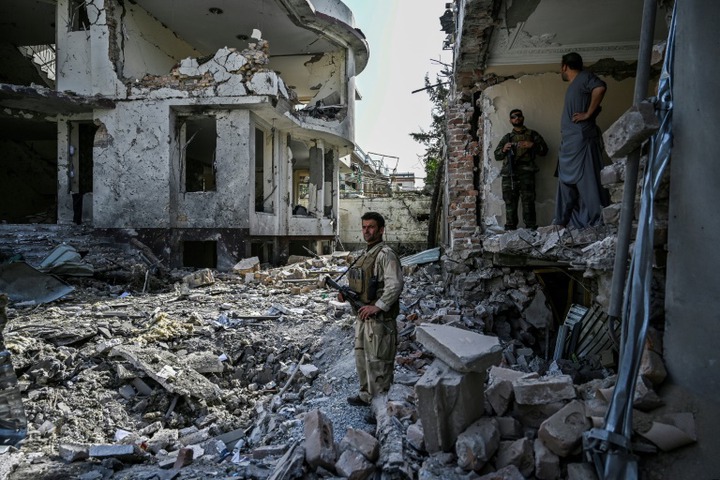 The Taliban on Friday gunned down the head of the Afghan government's media information center near a mosque in the capital, days after warning they would target senior administration officials in retaliation for the increased air strikes.

The assassination of one of the government's main voices follows another bloody day of fighting in Afghanistan as war unfolds in Kabul for the first time in months.

It also comes hours before the UN Security Council meets in New York to discuss the conflict.

Menapal was popular in Kabul's tight-knit media community and known to pillory the Taliban on social media, sometimes even jokingly.

"We have lost another great soul," he added.

The Taliban claimed responsibility for the death, with spokesman Zabihullah Mujahid sending a message to the media saying "he was killed in a special attack by mujahedin".

The killing comes after activists on Wednesday warned of further attacks targeting Afghan government leaders, a day after Defense Minister Bismillah Mohammadi escaped an assassination attempt in a bomb blast.

The Afghan and US military have stepped up airstrikes in their fight against insurgents in a series of towns, and the Taliban have said Tuesday's raid in Kabul was their response.

Fighting in the long-running conflict in Afghanistan has intensified since May, when foreign forces began the final stage of a withdrawal expected to be completed later this month.

The Taliban already control much of the countryside and now challenge government forces in several provincial capitals.

Government forces continue to strike Taliban positions with airstrikes and commando raids, and the Defense Ministry boasted on Friday that it had eliminated more than 400 insurgents in the past 24 hours.

But even as Afghan officials claimed to hit the Taliban hard, security forces have yet to expel militants from provincial capitals they have already entered - hundreds of thousands of civilians have been forced to flee in recent weeks.

Social media is replete with videos of the devastating toll of the fighting in the southern town of Lashkar Gah, with posts showing a major market area ablaze.

Aid group Action Against Hunger said its offices were hit by an "air bomb" in the city earlier this week, according to a statement released by the organization on Friday.

"The building has been branded from the street and the roof as a non-governmental organization (NGO), and the location of the office has often been communicated to parties involved in the conflict," the group said, adding that no staff member had been injured.

In the western town of Herat, a constant stream of people were leaving their homes in anticipation of a government attack on positions held by the Taliban.

“We have completely evacuated,” said Ahmad Zia, who lived in the western part of the city.

"We have nothing left and we don't know where to go," he told AFP.