By Kimtheblogger (self media writer) | 2 months ago

The dream of every human being is to have a simple house for accomodation that is good enough for him and the family.

Currently, due to a hard economy, many look for better ways of having a modern magnificent house at a lower coast.

Here are the simplest ways in which one can be able to have his or her dream house done. 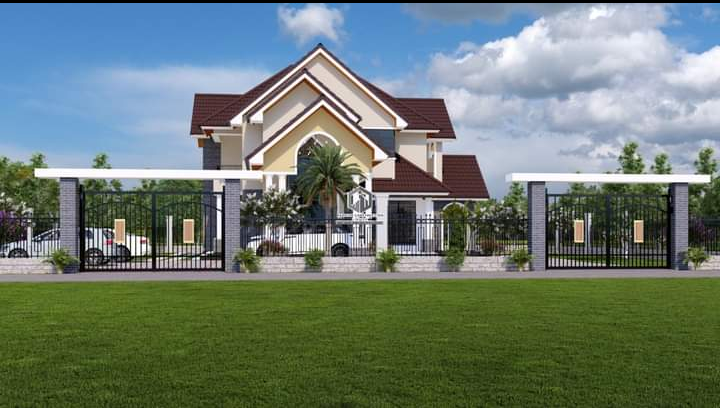 Be wary of cheap bargains

Inasmuch as you want to save some money and are shopping around for cheap building materials, watch out for deals that are too good to be true.

If a supplier is offering you products at a price way below the average market rates, exercise caution because more often than not the ‘nice deal’ is a rip-off.

The cheap materials might be counterfeit which will end up costing you more.

Picking a house plan is the first step when building a home. While the design depends on factors such as the nature of your plot, choosing cheap house designs is easily the cheapest way to build a house. The more complex a house plan, the more costly it will be to construct. Keep the number of corners on the exterior walls at a minimum since they are labour intensive and heavy consumers of materials.

Cheap house designs usually stick to simple squares and rectangles which can be ornamented with fascinating architectural features such as a balcony or porch.

In addition, keep the roof lines simple and short since complex steep roofs necessitate surplus roofing supplies. Avoid making any changes to the design during construction because alterations will translate to additional costs.

The high cost of building materials and the intensive labour that goes into building conventional houses are key contributors to the high construction costs.

In a bid to lower costs, new technologies such as EPS panels which drastically reduce the amount of material and labour have been introduced into the market.

Another great option is interlocking bricks which require less cement to hold together and less labour compared to brick structures.

These technologies are readily available in the local market.

Many people have lost money during construction due to poor workmanship. While you might want to avoid hiring a professional in a bid to cut costs, it will cost you more to fix errors.

If you can, source for building materials yourself instead of sending the foreman or fundi to do it for you. Some foremen work in cahoots with suppliers to con their employer by inflating prices of materials and backing the dishonest act with falsified receipts.

Others buy cheaper substandard materials so they can pocket the difference.

However, you will need some patience to shop around for bargains.

Always keep in mind that every shilling is important and everything you buy adds on to the budget. Where possible hire construction tools such as spades, hammers, wheelbarrows, and wood used as scaffolding or for support during construction.

Advocates of cheap house building ideas direct prospective homeowners to look out for construction tasks they can do by themselves to reduce site labour costs.

Laying tiles, landscaping and painting are some of the things you can do by yourself with little or no help from a contractor.

However, do not attempt something you are unsure of since as earlier indicated; rectifying mistakes will cost more than hiring a professional to do the job.

Theft of building materials and laziness by workers are other major avenues for money loss during construction of a house.

This calls for close supervision of the construction site.

In case you are busy working elsewhere, hire a site manager who will be at the site all the time and task him with accounting for how building materials are used.

Avoid hiring workers at a daily flat rate since they can prolong the timeline by working slowly. Instead, formulate ways of quantifying works done and pay them for it.

Unless your site is in an urban area where roads are paved, avoid building during the wet season since rains may render roads impassable making it tough to transport materials. Besides, heavy rains may also destroy or sweep away building materials. It can also slow down the pace of construction as workers take shelter – which will increase your labour costs.

Why Motorists Are Having Hard Time While Using Mombasa Road.

Zari Hassan's Boyfriend Shakib Proudly Show Off His Jeep As A Gift For Himself On His Birthday.

Opinion: Why Nissan Nv200 Is The Most Popular Nissan In Kenya

Cars With The Worst Resale Values In Kenya