Most Controversial Matatu Saccos in Kenya 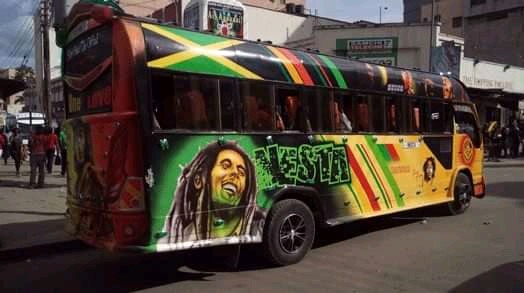 The matatus on this line are often classified as the coolest because of their blaring music and how they are ‘pimped’. That aside, the matatus are rowdy and are the pioneers of CBD Matatu madness.

These matatus are known as the pioneers of the modern Matatu culture. They are, however, famous for ignoring traffic rules by overspeeding and carelessly overtaking vehicles. They have also been involved in numerous accidents that could have been avoided.

In 2013, the Matatu Welfare Association supported the government’s decision to cancel Sacco’s operating license after their bus was involved in a fatal accident and left many injured.

In 2019, NTSA suspended the driving license of one of Ummoiner Sacco matatu drivers after a viral video of reckless driving. In the video, the matatu was seen recklessly overtaking and nearly hitting a Boda Boda rider.

Many Kenyans in 2014 condemned this Sacco after their touts stripped a woman whom they termed indecently dressed. This led to the famous slogan My Dress My Choice.

In 2019, Embassava touts along Outering road were accused of extorting money from passengers. The "Nairobian" reported that the touts ‘employ’ squad touts who lie to passengers about the fare.

The management admitted that the vice existed and action would be taken.

Most are notorious for extremely loud music, overlapping, and overspeeding without the care of other motorists.

The matatus operating along the Kayole route have been previously accused of extortion by passengers. They claimed that touts increase the fare once the matatu is on the move and any attempt to raise concerns is net by violence.

These buses are ranked among the most reckless in the city. From overlapping, picking up passengers in overspending to dirt, and very loud music, these matatus are known to flout various traffic routes.

"I Was Just a Sweeper and Car Wash Man, " Jaguar Finally Opens up On his humble beginnings

Nasty Accident Reported at a Black Spot Killing One Person, Leaving Others in Critical Condition