11 Weird Cultural Customs From Across The World That You Will Wonder Existed.

By DjVincey (self meida writer) | 13 days 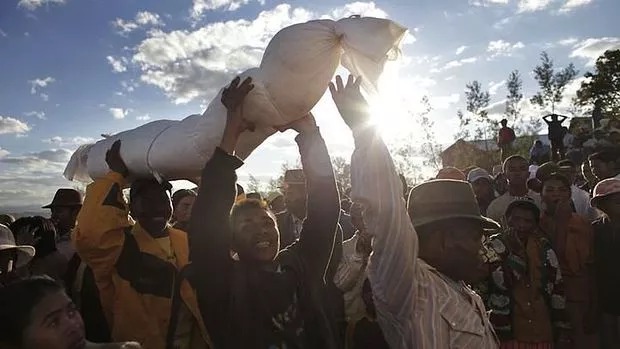 1. Dancing with the dead.

A funeral tradition followed by the Malagasy tribe in Madagascar, people literally dance with dead bodies as part of the ‘Famadihana’ custom. After bringing the bodies of ancestors from their burial place, they re-wrap them in fresh cloth and dance around the tomb to live music. The ritual is followed once in seven years.

As the name suggests, this is a buffet for monkeys. Monkeys feast at this annual event in Thailand where over 3,000 kgs of fruits and vegetables are on display for the monkeys to gorge on in Lopburi, Bangkok.

3. Cleansing of The Dead In Indonesia.

This was one of my previous posts you can check it out. 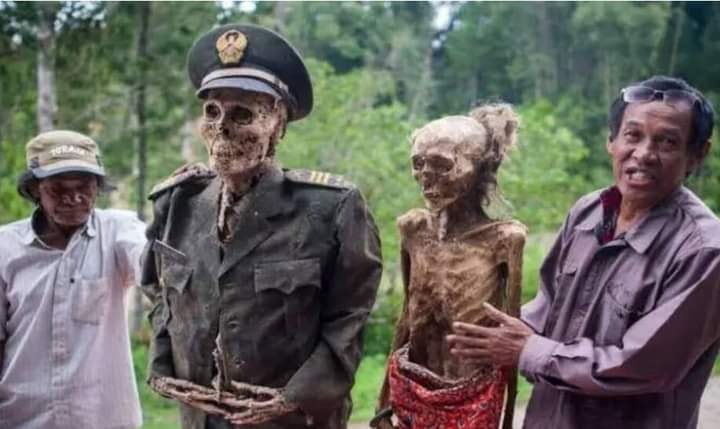 This community will exhume the body of their dead relatives after every three years cleans them up, dress them again and feed them.

4. Feeding the dead with wine in Rome.

Romans believe in feeding the dead. The graves contain pipes through which the kin of the deceased can pour honey, wine, and other food items into their grave in the Roman burial grounds.

5. Eating the dead’s ash in Venezuela and Brazil.

When one family member dies they are missed a lot but eating their ash to remember them is what this community does. A little far-fetched, isn't it? That is exactly what the Yonamamo tribe from Brazil and Venezuela does. Since tradition forbids them from keeping any body part, it is burned and crushed, and the remains are divided amongst the family members and consumed by all.

6. Finger cutting when someone dies in Indonesia

This tradition in the Dani tribe in Indonesia takes bizarre to a whole new level. When a family member passes away, women from this tribe have to suffer physical pain besides suffering from emotional grief. And to do so, they cut off a part of their fingers. This is supposedly done to 'satisfy ancestral ghosts.' Whatever that means. I wonder why do men not follow this custom? For sanity's sake, this custom is rarely practiced now.

8. Have you ever heard of this before?

The Yao Here is a tribe in Africa where men are married and once married, they are to leave their respective homes to go and stay with their wives at their wives ' homes after a ceremony.

So, villages are composed basically of groups of women related through the female line.

This happens in China, Where once a woman conceives the father carries his pregnant wife over burning coal with bare feet for the wife to have an easy delivery. 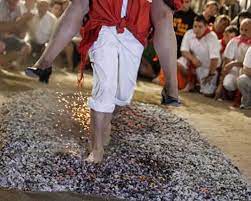 This when mothers eat their own placenta after giving birth. This tradition is followed in China, Jamaica, and some parts of India.

they do this to take in the nutrients that are believed to be present in the placenta.

11. The festival of piercings

This ritual is performed on the 12th or 13th day of birth or when the child turns 6 or 7 months old or in the 5th or 7th year in India.