8 Body Language Mistakes That Will Completely Ruin Your Life 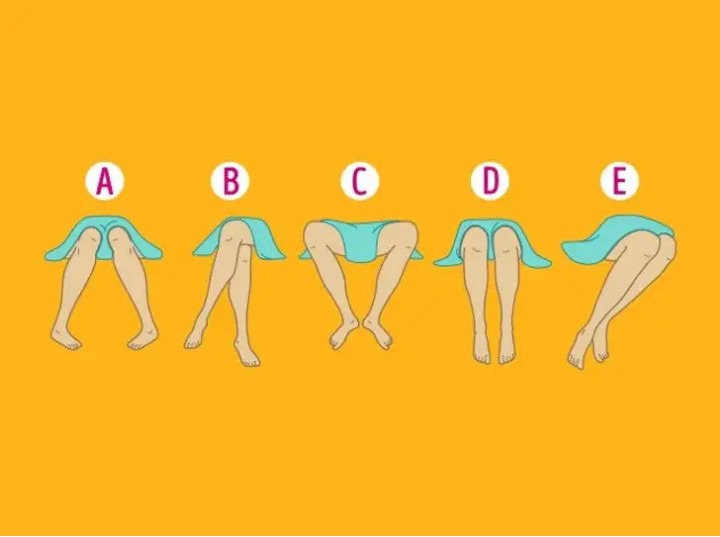 An important fact that you should keep in mind is that, the position of your legs and feet are more subconscious and, therefore, more difficult to control. Yet it can convey your insecurity and give away your state of mind or hidden intentions. In reality, the way you place your legs when sitting can also reveal something about your personality.

People choosing position A, that is keeping knees together and feet apart project an image of somebody childish, insecure, and somehow dreamy. Crossed legs like in picture B may reveal a defensive, distant, or closed-minded attitude. On the other hand, position C signals dominance and significance. However, this position also reveals arrogance and is often inappropriate and impolite in formal situations.

The parallel legs as shown in picture D is a neutral position, it makes you look open and calm. Actually, placing the legs as in picture E is more common for women and makes them look more feminine and very attractive. 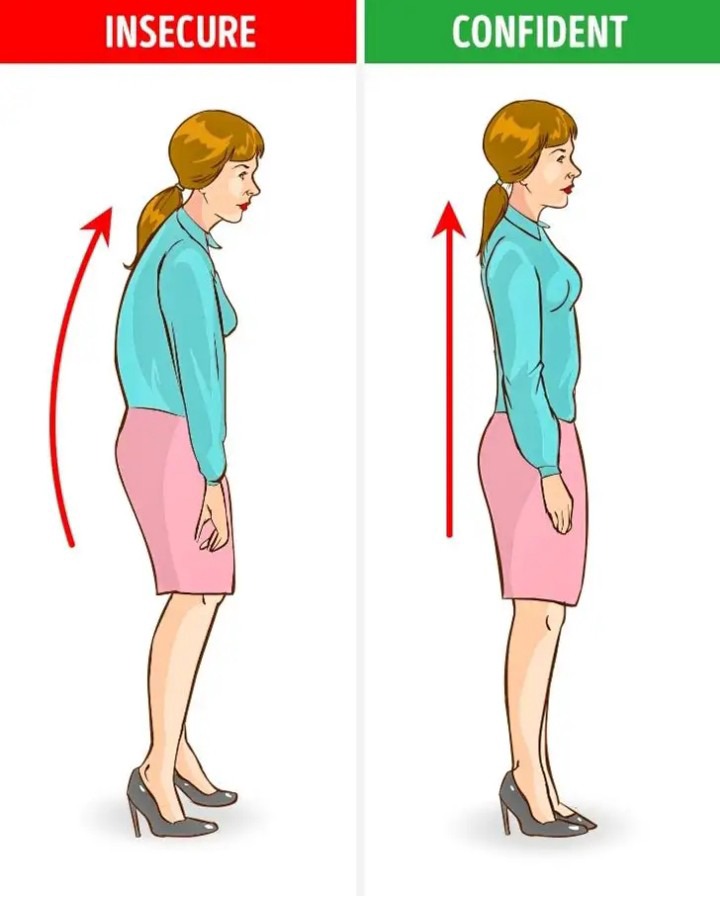 If you have a habit of standing with your shoulders drooped, it definitely makes you look insignificant, weak, and unconfident. And if you slouch in your seat or lean too far back, it signals to others that you are too comfortable and disinterested in whatever you are doing. There is a scientific proof that shows slouching can lower your mood and self-esteem. 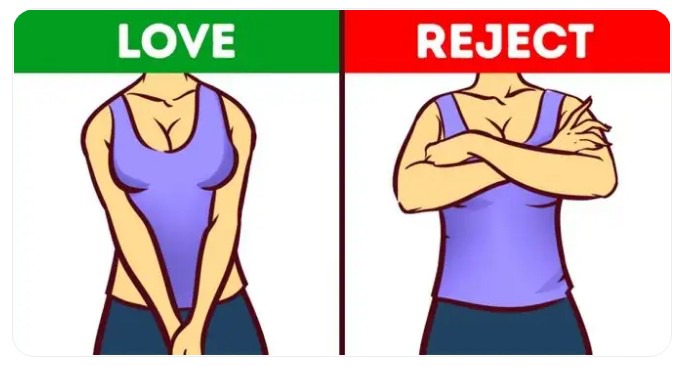 When you stand or sit with your arms crossed, it is considered to be a defensive position, which may imply l that you are neither impressed nor interested. Holding your arms parallel to the body, on the other hand, shows that you are open for conversation. Holding your hands back is even better, it shows your superiority, power, and confidence. But some reserch have shown that, crossed arms indicates greater persistence when dealing with difficult tasks. 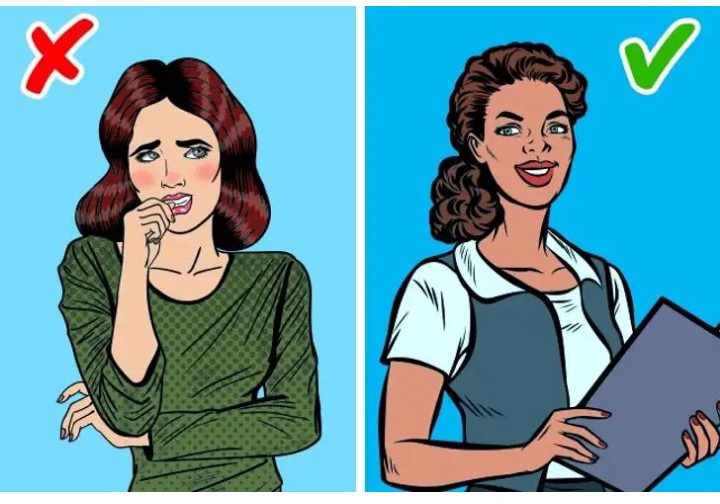 You must be careful with your hand and arm movements because when you move your hands wildly, it signals a lack of confidence and professionalism. And that's why nervous movements like cracking your knuckles, playing with your hair, or biting your nails and lips make you look anxious and insecure. The absolute lack of gestures can be harmful as well and it also signals a loss of interest. 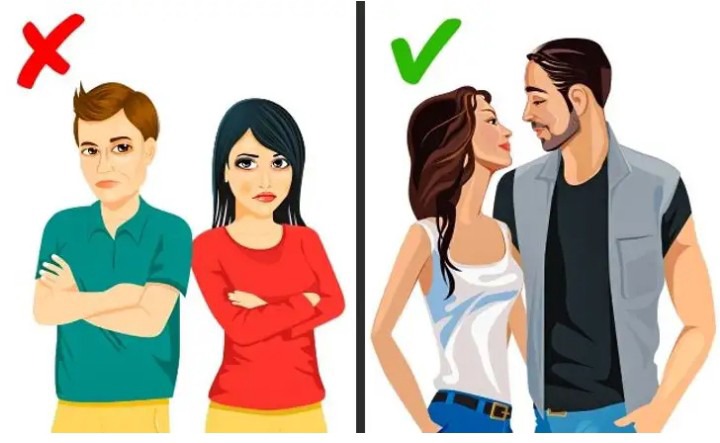 If you keep on Alavoiding eye contact when having a conversation with someone, it makes you look unprepared or unprofessional in a business meeting and insecure or insincere during a date or at a party. Besides, too much eye contact could seem rude, intimidating, and hostile according to the body language expert Carol Kinsey Goman. 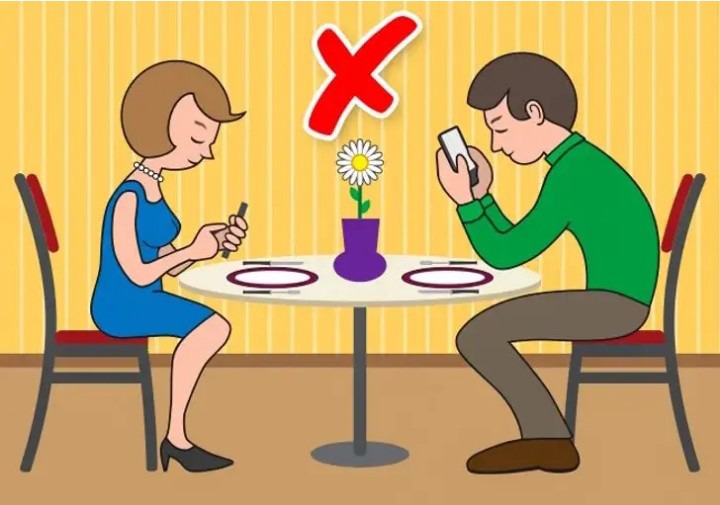 Tje habit of fidgeting with your hair, hands, phone, or any other object can be distracting for your communication partner and prevent them from focusing. This can also make you appear weak and distracted, although a recent study shows that fidgeting helps one to retain information better. Avoid looking at your phone or watch while having a conversation with someone because it is rude and shows that you are not interested in the conversation.

Not nodding or smiling 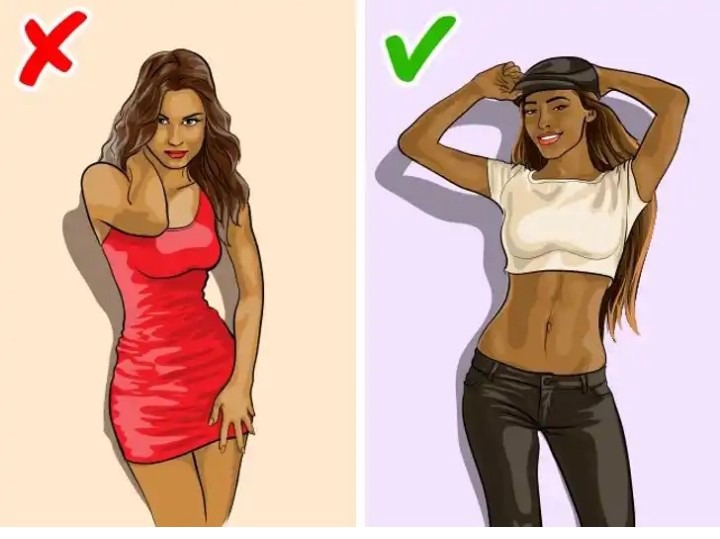 Smiles or nods are considered to be a powerful nonverbal cues to let someone know that you are actively listening. Smiles put those around you at ease. Even though some people won't pay attention to the position of your legs and arms, but everybody will react to the signal conveyed on your face. Moreover, smiling makes you feel good yourself.

Improper positioning of fingers and hands 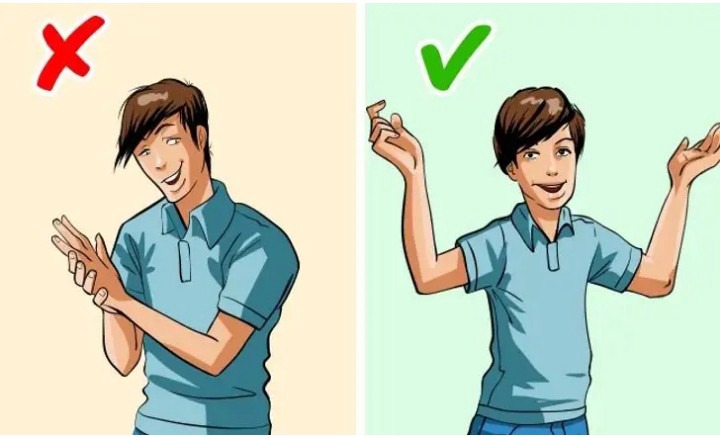 At all costs, you should avoid rubbing of palms or placing the fingers of one hand over the fingers of the other hand to form a "steeple". They may give the impression that you are trying to deceive another person or impose your thoughts rather than convince.

See Why Nyeri Woman Beat Up Mzungu Boyfriend To Death

Signs Of A Woman Who Will Never Marry You