Why Self-Worth Matters And How To Recognize And Improve It

By Giddyngenoh (self meida writer) | 13 days 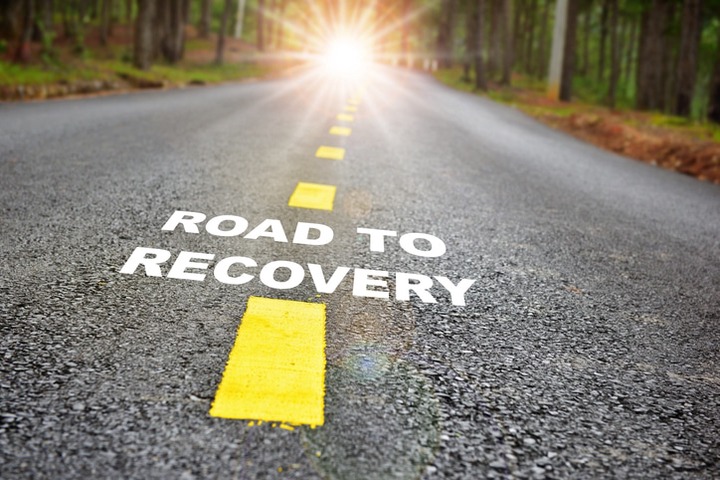 Self-worth is a sensitive topic, and a very important one at that, but unlike other equally sensitive and important topics (like religion and politics), the majority of the population lack the fundamental knowledge and convictions that suit it.

Self-worth matters not just because it sounds cool to say “I know my self-worth” but because it determines how you think and act, which ultimately influences the outcome of your life.

When you ask people what they think self-worth is, the answer you’d most likely get is, “self-worth is about how I feel about myself – That is, it is about me loving myself”. They are right in this sense, but you will start realizing the issue with their understanding of what self-worth is when you inquire by what yardstick they base that love on – i.e., why do they love themselves? Or what makes them love themselves.

While it might look simple on the surface, this can be a tricky question to answer: so, I’ll use a little example to explain;

Imagine two young men: Let’s call the first John and the second Sam. John is an affluent businessman, with lots of money, cars, and ladies around him, whilst Sam is a minimalist and an artist who vagabonds and makes just enough money to stay out of the streets. Sam also has no girlfriend, or any friends really – he simply goes about making art.

Yet, surprisingly, John is a whole lot dissatisfied with his life. In fact, he most of the time battles with imposter syndrome because he feels he doesn’t deserve the company his dad left him, and he is beginning to get sick and tired of all the ladies constantly flocking around him – seeking to take selfies in his new car, utterly ignoring him while at this. To John, everyone around him only cares about the things he has but lacks any real value or respect for him, so he doubts his own worth.

On the other hand, Sam is having the time of his life. To Sam, the arts and travels are what he lives for. Sam knows he has a lot of art and creativity to offer to the world. In fact, he knows that the few clients and fans he is able to garner all value him and think he is a special gift to the world, so, even though Sam struggles to make it through each week, he feels very much important – and thinks he is very, very much valuable.

People who have a healthy sense of self-worth don’t love themselves because of external metrics like:

Or any other external factor – that is, any other factor that is subject to other people’s perception, judgment, or opinion.

People who have a healthy sense of self-worth base their love on the fact that they are simply humans – lovable and valuable despite their imperfections and shortcomings.

A person with healthy self-worth believes that they as individuals have a lot to offer – even if they may not be able to measure up to others in a competition. In essence, they do not base their value on comparisons but on their own intrinsic value as humans.

Whilst this might sound like self-delusion at best and narcissism at worse, it is none of those. It is not about becoming self-centered but realizing that you are as valuable as the next person – despite having a different upbringing, status, etc. in life.

Children get this. Kids know they are valuable. And knowing this, they love themselves – which then pushes them to do and be more despite the odds. They believe they can do and be anything. They also value other kids likewise.

The problem with defining self-worth based on anything external is that those measures are extremely precarious.

Though undesirable, you likely might, at one point or the other in your life

-or experience something similar…

What then happens when any of those happens? Do you become less worthy or valuable? That is the problem with basing self-worth on anything external – even if it is something that you’re extremely proud of. Love for oneself needs to be built on a firm foundation.

And that is why self-worth should simply be about you, and not what you measure up to – not what other people consider to be success or failure.

Why is self-worth important?

Self-worth is very important for a myriad of reasons.

The thing is, if someone doesn’t love themself, then they won’t be motivated to take care of themselves or even accomplish much. In extreme cases, a lack of rigid self-worth can lead to anxiety, addiction, relationship issues, depression, and even suicide.

When people don’t value themselves, they tend to distract themselves with substances, don’t go out to compete, and also sabotage themselves when they eventually succeed.

In relationships, people with low self-worth tend to compensate by going for people who they think can do the things they feel they can’t (they become dependent), or they look for someone who appears inferior to them (which helps them salve their ego with the knowledge that someone is beneath them…). And any of both combinations lead to toxic relationships.

In the professional life, people with good self-worth often time take on audacious tasks because they believe in their knowledge, skill, and capacity to learn how to solve unanticipated problems, whilst those who lack this self-worth would decline – sometimes fearing that they may not “measure up”, or might embarrass themselves.

In general, people with healthy self-worth understand that they are flawed, but love themselves nonetheless – which means that they are realistic about their expectations (both of themselves and others), and don’t mind failing.

They are not delusional but are rather able to separate their worth from results – results which are, most times, out of our total control.

How to improve self-worth?

Improving self-worth for kids can be as simple as expressing unconditional love towards them and giving them the room to try and fail (and try again till they succeed). It is about letting the kid know that the result doesn’t dent their worth, and still giving them the push and motivation to take on more tasks by themselves

For adults it can be a little more complicated: this is because people who struggle with self-worth at an older age are those who have experienced a lot of conditional love, setbacks, and restrictions earlier on in life.

What this means is that they have a lot of unwinding to do. The first task is building that unconditional self-love.

The first thing you need to realize is that loving yourself is as simple as transferring the amount of care and attention you would give to a best friend to yourself.

It means cutting off the negative self-talk and encouraging yourself with positive affirmations (that are believable to you). Remember, it is not about how other people see you, but how you see and treat yourself.

It means you’d have to trust yourself, and your decisions along the way.

You have to love yourself enough to accept that your decisions and actions were the “best” choices you could make based on your current disposition. This is crucial because when others decide for us, we feel out of control and less important, therefore we must learn to decide, stick and sit with the decision.

Furthermore, you’d have to be bold enough to take risks and see them through.

All these boils down to changing the inner voice in your head. It is about accepting yourself for who you are and what you’re capable of.

In a nutshell, you can start improving your feeling of self-worth by

-Stopping the habit of self-criticism and self-loathing

-Staying away from toxic people and

-Keeping track of your achievements and accomplishments

Doing all these would eventually improve your self-worth over time. But, if you still struggle with seeing your self-worth, then you might want to consider signing up for therapy.

"I'm Tired, Who Wants To Adopt Me?" KTN Journalist Lindah Ogutu Laments Because of This