10 Reasons Why Bride Price Payment Should Be Removed

Bride price is the payment by the groom or his family to the bride's family upon marrying of their daughter. 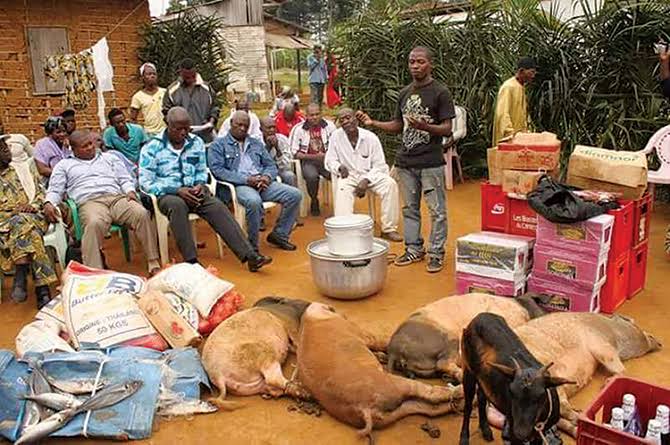 Bride price is an African cultural activity that has never ended and probably will never end. African communities especially those living in the sub-saharan region pay even more than 30 cows just to marry a girl. Some rich families nowadays pay using cash and other valuable things such as vehicles.

This activity has been criticized for leading to unappreciated relationship and also diminizing women in the society. Not only women but also men. These are the reasons why bride price should be removed.

Receiving of bride price is like selling your daughter. Women have to serve the groom like a slave. Not only the groom alone but also his parents and even his entire family. She has to meet all the expectations of the groom's family. Furthermore in extended rural family, she will be expected to cook, wash clothes, look after the house and even bare as many children as possible.

2. Denies women right to participate in other activities.

Women won't do anything useful that builds the community and country in general rather than staying at home, taking care of the children and looking after her husband.

Bride price cements women to their homes. Also a woman won't be allowed to challenge her husband in any position of leadership. This happens especially in rural communities where women are seen as inferior.

Many parents don't see the need to educate girls. They put their selfish interests and even take the bride price when there daughter is still young. How do you feel learning that your bride price has already been paid when you are still learning? Actually it's painful for women. Some parents even they prefer educating boychild only, they take their daughters as a wealth.

4. Can lead to poverty in the groom's family.

Men who can't afford the bride price force there parents into selling other properties inorder to cater for the bride price. This doesn't help anything but eventually leads to poverty in the groom's family. 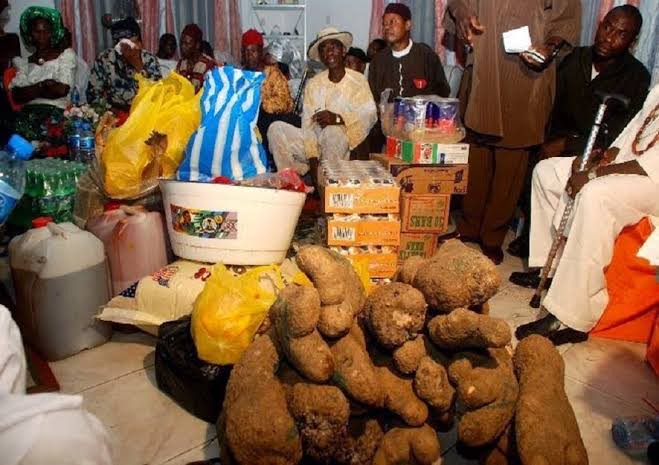 For instance in some years back in the Maasai community, payment of bride price contributed greatly to Female Genital Mutilation. Women who refused to go through this practice wouldn't be married hence parents feared losing the bride price thus forcing their daughters to do so.

Furthermore early marriages, wife inheritance and polygamy among others were among the harmful practices caused by payment of bride price. Some communities even wouldn't allow a man to burry his wife when he's yet to pay the bride price.

Men are the only ones who make decision in the marriage. The number of children, family planning methods and any matters concerning the relationship would be decided by the man.

In terms of education, only the male would benefit. Parents so no need to educate their daughters as they would eventually marry them off and get huge bride price. Women are prone to decision made by their husbands.

In order for the groom's family to feel as if their bride price is not lost, women are forcefully in the case where the groom dies. Wife inheritance has contributed to spread of HIV among communities. Furthermore rich men who are positive marry many women since they can afford the bride price.

9. No emphasis on looking for jobs by women.

Even if parents try hard to educate their daughters, they don't take a step of helping them seek for jobs and get employed. They know finally the daughter will be married and a high bride price will be paid. Women too knowing their fate, they won't struggle to look for jobs.

The probability of bride's family not being comfortable with their daughters getting married to a family that can't afford to pay for the bride price would lead to the pressure of relationship break down.

This is in the situation where the groom promised to pay the bride price later on. Furthermore the returning back of the bride price especially in some communities in Uganda may make the groom's family to force a divorce Incase they aren't comfortable with the bride.

On the other side, bride price also helped to curb diseases since back in some years, relationship before marriage were prohibited. It will be a great move if the bride price would be done away with. Marriage should be free with no restrictions. Please comment, like, follow and share. Thanks.

Leadership Qualities A Remote Manager Should Have

How to Make Your Hair Dark And Healthy

Arsenal Reveals What Next For Arteta After Disappointing Season

If A Dog Attacks You, Don't run, Do Any Of These Three Things To Save Yourself

Remember Former Chelsea's Team Doctor Eva? Here's What She Does Years After Leaving The Club