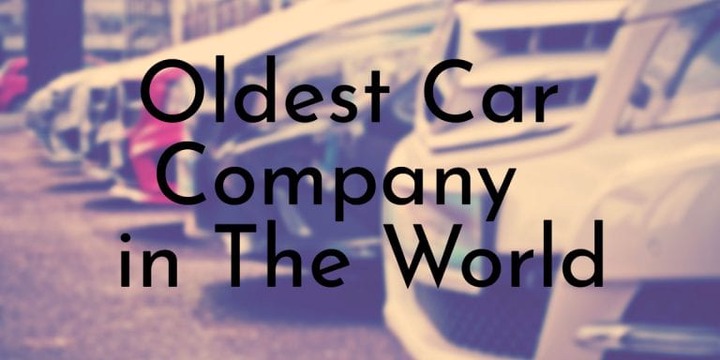 Believe it or not, the Cadillac brand would likely not have come to be if not for Henry Ford, founder of the Ford car brand. In 1901, Henry Ford founded the Henry Ford Company, which was his second attempt at creating an automobile manufacturer. He left the company due to disagreements with financial backers Lemuel Bowen and William Murphy, taking his name with him.

Murphy and Brown brought in Henry Leland to appraise the abandoned factory so it and its equipment could be put up for sale, but Leland convinced them to continue the manufacturing business. They renamed themselves Cadillac in 1902. The company was purchased by General Motors in 1909 but had already made a name for themselves in selling luxury vehicles by then.

Cadillac was the first American car company to win the Royal Automobile Club of the United Kingdom’s Dewar Trophy in 1908 and did so again in 1912. Today, they have won five Motor Trend Car of the Year awards.

With the full name Fabbrica Italiana Automobili Torino, which directly translates to Italian Automobiles Factory, Turin, this company saw privileged beginnings at the hands of a board of directors. The first Fiat car was made in 1899, the same year the company was founded.

Fiat’s most popular cars often fall into the city car and supermini categories. They began working on electric vehicles in 1970. Apart from automobiles, Fiat has also taken part in weapon manufacture.

Founded as Société Renault Frères, this company was launched by brothers Louis, Marcel, and Fernand Renault. Louis, an engineer, had designed prototypes prior to the company’s founding, and his brothers handled business while he focused on design. In fact, a year earlier in 1898, Louis had already sold his first car to a family friend.

Renault began to produce its own engines independently in 1903. The company would shift its focus to building trucks, buses, and commercial cargo vehicles before the war, then military aircraft engines and ammunition during the first World War, and then agricultural and industrial machinery. They continued to manufacture cars throughout these periods.

Originally formed as the Lancashire Steam Motor Company in 1896 in England, this brand has been through many name changes over the years. The company first produced steam lawn mowers, and eventually made its first steam-powered van shortly after. In 1907, they renamed themselves Leyland Motors.

In 1968, Leyland Motors changed its name to British Leyland Motor Corporation Ltd (BLMC) as it merged with British Motor Holdings. It became a state-owned company in 1975 and then once again changed its name in 1986 to The Rover Group. Between those last two events, the Land Rover brand was formed in 1978.

Early models of the Rover variety have been produced by the Leyland Motors company since 1948 and continue to be produced to this day, even being considered a British icon. In 1951, they were granted a Royal Warrant by King George VI.

Škoda Auto was founded as Laurin & Klement in 1895 and manufactured bicycles, motorcycles, and cars in Mladá Boleslav, Kingdom of Bohemia. Since it began producing cars in 1905, the company quickly rose to becoming the biggest automobile manufacturer in all of Austria-Hungary.

In 1925, the company was acquired by Škoda Works, and industrial conglomerate, and renamed and rebranded to Škoda Auto, now more commonly known simply as Škoda. In 2000, it became a subsidiary of the Volkswagen Group.

Today, the company is the biggest and most popular car brand in the Czech Republic. The company is also involved in motorsports. A special car model by this company even broke the Bonneville Speedway world record for fastest car in the world with an engine up to two liters in August 2011, reaching speeds of 227 mph.

This famous car brand technically wasn’t officially founded until 1926, but it is the result of a combination of two other automobile manufacturers that have been around for much longer.

Daimler-Motoren-Gesellschaft (DMG) was one of these companies, its name roughly translating to Daimler Motors Corporation. It was founded by Gottlieb Daimler and Wilhelm Maybach in 1890 and started by producing petrol engines. After the company saw success in small race cars, it shifted its focus producing Mercedes models.

It began manufacturing industrial machines and gas engines before Benz decided to focus on his true passion – automobiles, or as he called them, “horseless carriages.” He made the Benz Patent-Motorwagen, the world’s first gasoline-powered automobile, in 1886.

These two companies merged to form Mercedes-Benz in 1926, and the rest, as they say, is history.

More commonly known simply as Opel, this car company was founded January 21, 1862 as a sewing machine manufacturer. The company began making bicycles in 1886 and made its first car in 1899.

Opel officially debuted an automobile at the 1902 Hamburg Motor Show but did not shift its focus to only automobiles until their factory burned down a few years later. The company then decided to rebuild and manufacture cars alone, dropping their sewing machine business. Come 1913, they had become the biggest car company in Germany, and come 1930, the biggest in Europe.

Opel has not only manufactured cars under its own brand, however, also selling vehicles under the brands Vauxhall, Buick, and Holden. Opel is now a subsidiary of Groupe PSA, though it used to be a subsidiary of General Motors. It also takes part in motorsports around the world.

Founded as Ignatz Schustala & Comp., Tatra is owned by the Tatra Truck company and started out manufacturing horse-drawn carriages. In 1891, the company branched out into producing railroad cars, renaming itself as Nesselsdorfer Wagenbau-Fabriksgesellschaft in the process.

In 1897, Tetra’s technical director Hugo Fischer von Roeslerstamm purchased a Benz automobile from himself and used it as inspiration to make the company’s very first car, called the Präsident, later that year. Their first truck was manufactured the following year.

Tatra produced tank engines and trucks for the German military during World War II, but they turned so quickly around corners that countless German soldiers died behind the wheel. Orders were soon issued forbidding German soldiers from using Tatra trucks.

The company officially stopped producing passenger cars in 1999 but continues to make trucks, especially all-wheel-drives. Karel Loprais, a renowned truck racer from the Czech Republic, has won the Dakar Rally six times with a Tatra vehicle.

Peugeot first opened its doors as a family-run coffee mill company in 1810 and eventually began manufacturing bicycles in 1830, then salt, pepper, and coffee grinders in 1842. Armand Peugeot was interested in automobile manufacturing from early on and began producing cars in 1882.

Peugeot’s first car was put out as a collaboration with Leon Serpollet in 1889, and it was a steam tricycle that was too unreliable for mass production. In 1890, they made a better internal combustion car with the help of a Panhard-Daimler engine.

Family differences caused Peugeot to leave and found Société des Automobiles Peugeot in 1896, two years before he would begin manufacturing motorcycles, too. In 1926, the motorcycle and car makers officially split into separate companies.

Is Kakamega a County of Rural Heavens, Look at this Resort Deep in the Village of Khwisero