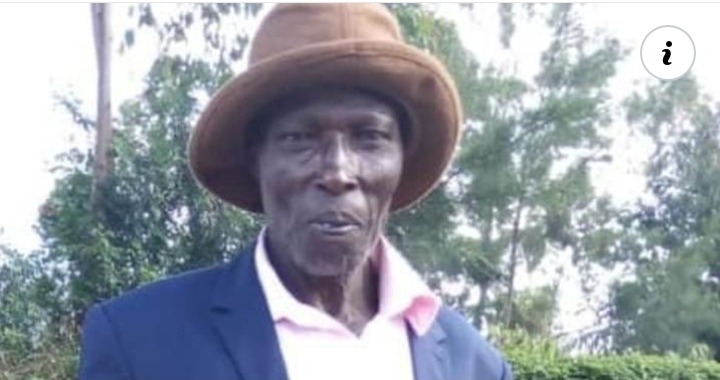 There were moments of joy after the family of Peterson Mwangi a man who was kicked out of the SGR train found him in Buruburu Nairobi.

According to the Nation, Peterson was kicked out of the SGR train by the management after he was found in the children's cabin.

According to previous reports, her daughter has booked a ticket that he was to use from Nairobi to Mombasa online.

The family says when Mwangi was kicked out, they were informed that he had a ticket of a minor but the details on the message they received after paying using M-Pesa indicate it was for an adult, Second Class, Coach 5 Seat 61, Train N2. But he ended up on coach 6, which put him on the radar of the train officials.

They were however concerned as their father was mentally ill and could, the family also raised concern as to why the train officials were so inhuman to throw him out other than handle the matter amicably.

After days of panic and confusion, the family managed to get hold of their father, however, it still remains unclear how h managed to go back to Buruburu all the way from Athi River where he was reportedly kicked out of the train.

The SGR management should be held accountable and also charged accordingly for such an unbelievable act.

A majority of Kenyans have lashed the train management for such an inhumane act to a man who was mentally unstable.

@Kim... Why not hand him over to the Police. I have not forgiven them for destroying my whiskey only to find other passengers enjoying theirs in the full glare of their staff

@Khai... Kicking out old mzee who’s mentally ill was uncalled for, SGR management should be questioned by the relevant authorities.

@Harush... Sgr should be sued and stern action taken against those who did so, don't they have a place they could lock this man? 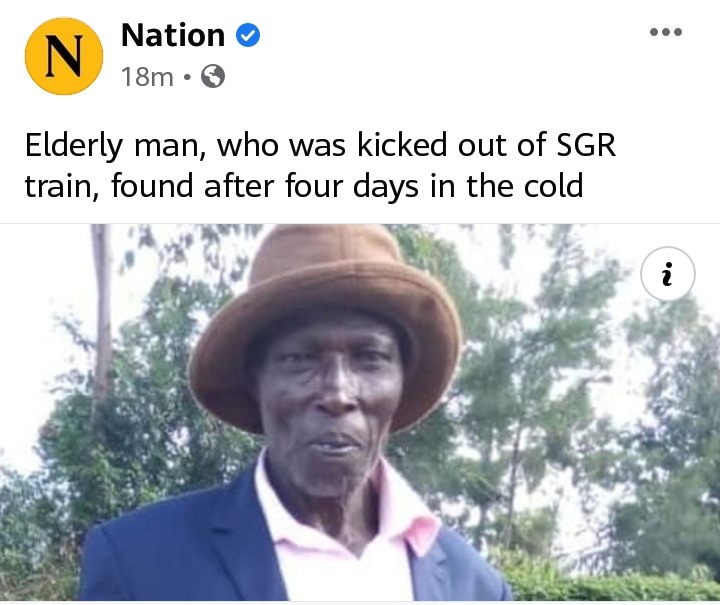 Hamisa Mobeto is Living Big. Check Out Her Latest Photos

Makueni: Family Wants Justice for Daughter who was Defiled by Two men After Drinking Spree

Here is The Last Sense to be Lost While Dying

7 Things Your Partner Does Not Need To Know About You

"I am Hiding in My Mom's Place, Help Me Please, My Boyfriend is Assaulting Me," Woman Cries Out