"My Mother Left Me To Die Since I Was an Albino, Never Educated Me" A lady Sheds Tears Narrating

By KENYAN.NEWS..UPDATER (self meida writer) | 26 days 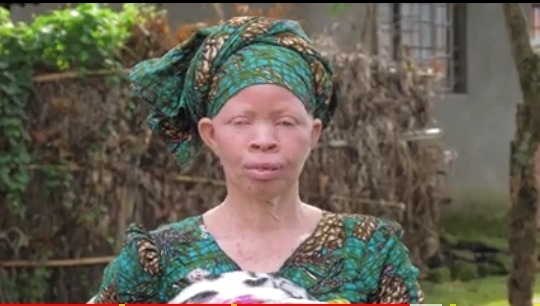 Sifora is a Ugandan woman who was born with an albinism. She narrates how her life was a living hell here on earth. She wish no one on Earth to ever pass through what she is going through. She compares her life to the real hell where sinners are said to suffers after they die.

Her own biological mother turned against her and even wished that she could die and get out of her sight. Lucky enough her father was a good man and saved. He loved Sifora despite of her condition and mother hating her so much.

So when the father would be around, Sifora's mother could give her food and pretend to love her. The moment her father would go to work, the mother would mistreat Sifora as if she was not a human being. 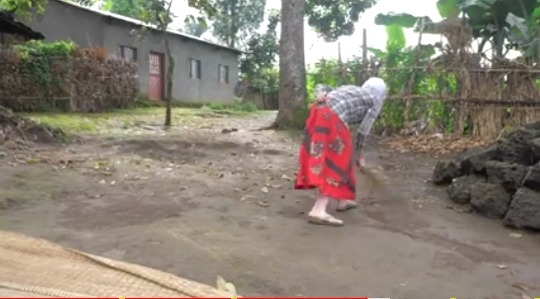 She could call her names, deny her food and even say she is an outcast and was supposed to die. This made Sifora's life a living hell on Earth.

Her mother did not even take her to School like any other normal child but kept her at home to work as a househelp in her own family.

It was painful as she narrates on how her own biological mother treated her like a slave who was brought to work as a house maid in her own home. 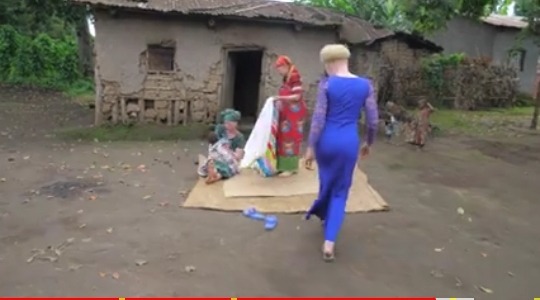 Her skin was weak due to the condition but to the mother, that meant nothing and she forced her to work even in sunlight digging and doing all other hard tasks that you can imagine.

"For sure this world is hard". Fortunately, Sifora's mother got another child who was also an Albino. This brought some joy to Sifora as she now thought that it would be better if they were two in the family.

The unfortunate happened in the family as the child did not grow to maturity. He died while still young living Sifora's to continue with the suffering spree alone. 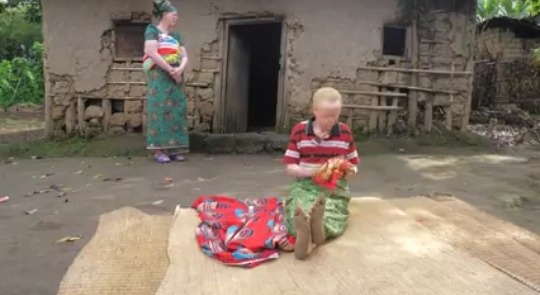 Remember the family was very poor and lived in mud house that was almost falling. This even brought alot of problems to Sifora as she missed essential health requirements of her skin and her weak eyes due to the condition.

She was forced to persevere. Her eyes was weak and could not see properly. That did not deter her own mum from enslaving her and forcing her to work like a donkey while other normal children were well at school getting education and other essential requirements.

When she attained an age of marriage, The troubles did not end as no one was willing to mary her. One day a man who was also an albino fell in love with her and came home to take her for marriage.

Her father denied the request because he was scared that her own child would go and suffer in the hands of strange peope due to her condition. So she remained at home suffering.

After few years, another man who was not an albino came for a hand in marriage she accepted and they moved in together. 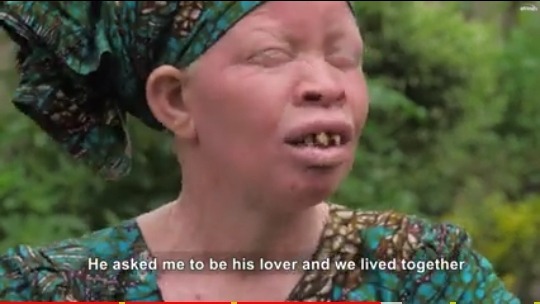 A few days later his parents warned him of marrying an albino because he would introduce a bad gene in their family lineage. So the man followed his parents advice and damped her again.

So the lady was left to struggle in life without getting a suitable suitor. More men would come but this ones were not serious, they would cheat her and take advantage of her. Use her and dump her. This then broke her heart even futher and made her to loose hope in Marriage.

She decided to stay alone and suffer for the rest of her life. She was only waiting God to take her life since she had given up.

The mud house she was forced to live in was almost falling on her and she did not have even a single cent to repair or even buy a single window to add on it.

The lady narrates her story paifully shading tears. It is so heartbreaking.

Watch the full story from this link below.

What You Should Know Before Going For Kidney Transplant