By Winstonmokua (self media writer) | 6 months ago 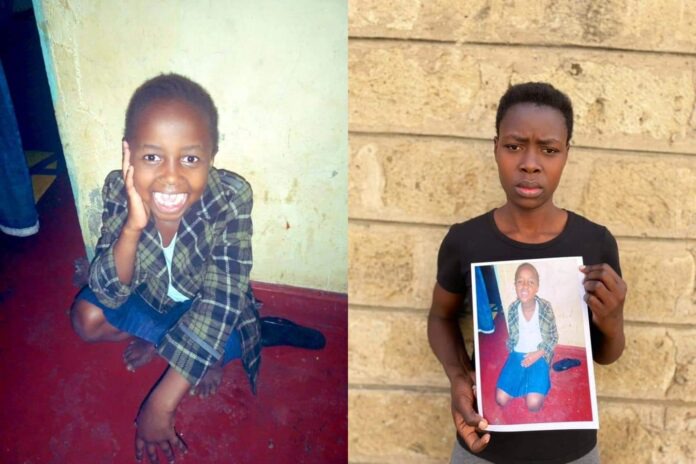 A woman by the name Hilda Achieng on Thursday left many Kenyans shocked after the story of her daughter was shared by human rights activist Mr. Boniface Mwangi in social media.

According to Boniface Mwangi in the post, the 8 year old daughter of Hilda Achieng was bitten in class by a teacher for giving a wrong answer which led to her death.

To make it more worse , the school bribed the late Michelle’s classmates with 30 shillings each to hide the issue under the carpet before her lifeless body was dumped at the Mama Lucy hospital.

The activist mentioned that the police officer in kayole (Victor) in charge of the case according to reports told Hilda Achieng to give birth to another kid since she was still too young and fertile. Boniface Mwangi further stated that Mama Lucy hospital is fully involved in the fraud since they have never released an autopsy report to date. 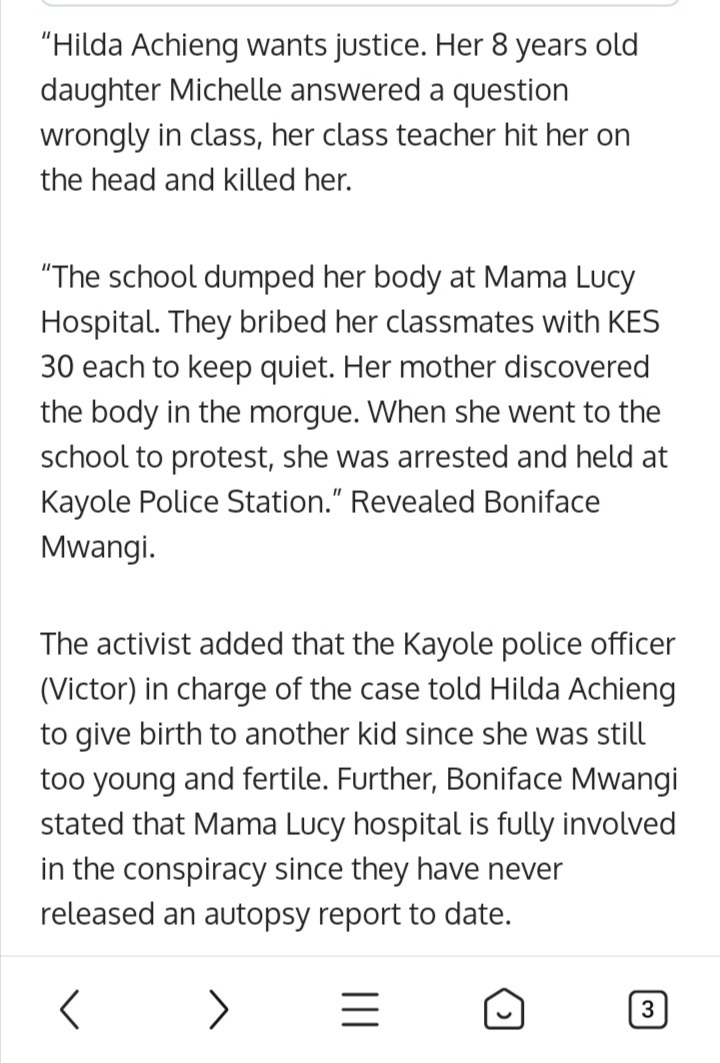 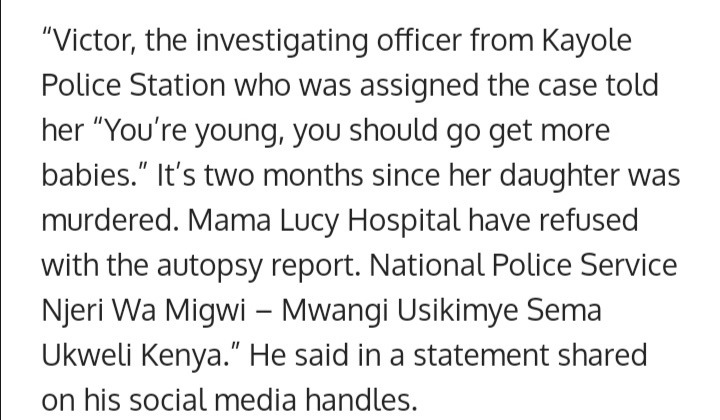 In the meantime, the post by Boniface Mwangi angered many people who called upon the directorate of criminal investigations (DCI) to look at the matter so that Hilda Achieng gets justice for her late daughter who was murdered in the school.

Gorgeous Akorino Who Separated With Their Husbands

Night Tragedy: Huge Fire Razes Down Kiawara Slums In Nyeri, Many Families Forced To Sleep In The Cold