By BurettiKiprop (self meida writer) | 24 days

On Thursday, a Kakamega court released an arrest warrant for the Jubilee party lawmaker after he failed to appear in court.

Mr Barasa is a primary witness in a lawsuit accusing Mr Brian Kisabuli Mulongo of attempting to extort 120,000 shillings.

Mr Mulongo and Mr Edward Molale led a group of people who accused the MP of embezzling CDF funds. They had requested that the Kimilili Constituency National Government-Constituency Development Fund accounts be frozen by the Ethics and Anti-Corruption Commission and the Directorate of Criminal Investigations. 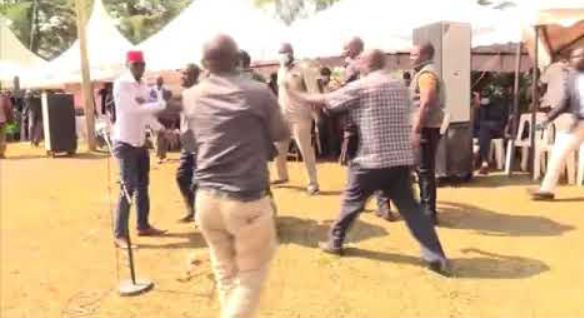 The prosecution noted that corruption cases must be resolved quickly, and despite being summoned several times, Mr Barasa refused to appear in court.

Bungoma OCS was ordered by the court to arrest the MP. On June 3, 2022, the case will be discussed. The MP denied the allegations of corruption in his statement. Those vying for the legislator's seat in the 2022 elections have been vocal in their opposition. No More Hiding; DP Ruto Drops Another Bombshell, Reveals What Uhuru is Planning to do

A Governor Advises The Country To Have Six Vice Presidents, Alleges That It Will Help Stop This Act