By Kenyans®coke (self media writer) | 5 months ago

Willis Otieno, an attorney, has stated that he has nothing against people making fun of him on social media. 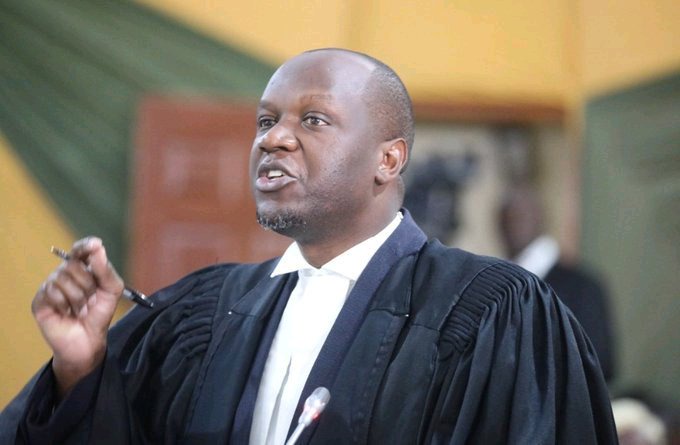 He gained notoriety on Wednesday when, when presenting his case before Supreme Court judges, it was seen that he was perspiring heavily.

Kenyans used his sweaty photographs as memes along with his "picky picky ponky" analogies to poke fun of him on social media.

He added on Saturday that he doesn't mind such people and that he appreciates them as well as those who have been praising him online. 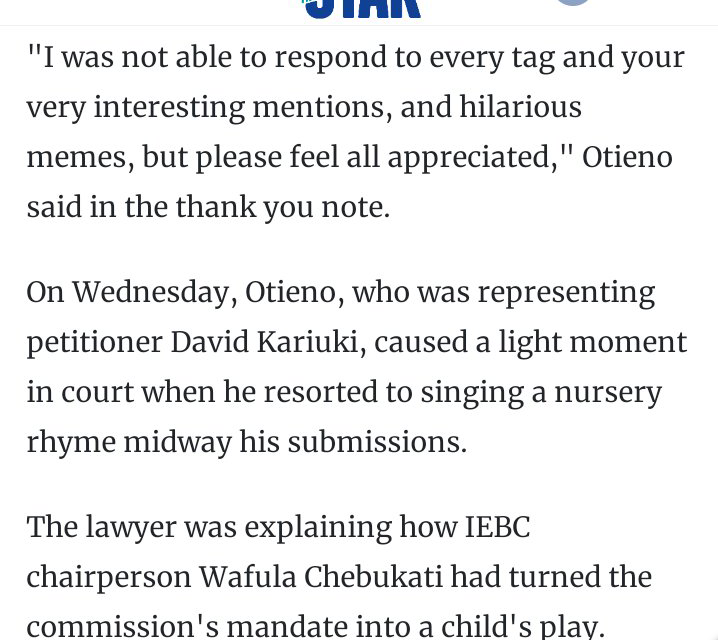 In a series of tweets, he stated, "I was not able to answer to every tag and your very fascinating mentions, but please feel all appreciated.

Otieno was advocating for petitioner David Kariuki, one of the parties requesting that the Supreme Court declare DP William Ruto's election invalid.

Otieno claimed that Ruto was rigged in and spent the majority of his time in court trying to find flaws in IEBC Chair Wafula Chebukati's pronouncement. On Friday, he was back at it, saying that foreigners who had been hired to do the work had vanished after altering the results and left Chebukati on their own.

He remarked, "A plumber who is in your bathroom while you are taking a shower after having your shower fixed is no longer a plumber and should be reported.

Ruto's primary election rival and ODM leader Raila Odinga was the petitioner. The decision is anticipated on Monday.