Arguments in support and against the building bridges initiative. (BBI)

By Lakesidekenya (self meida writer) | 1 months 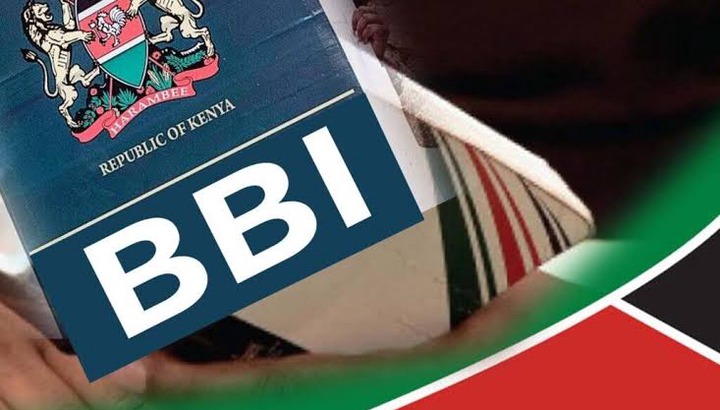 The building bridges initiative is a national development program working in identity and promotion of best practice and policy that will create strong and closely coordinated partnership between families, youths, advocates, community, residential services and providers and oversight agencies.

It was introduced to condemn racism, discrimination exclusion.

Recently, the killing of George Floyd reminds us that we live in a world where we treat racism as our own brothers and sisters.

Therefore, BBI advocates for a better future by advocating against racism and value the cultures within our communities.

Cultural diversity is a major problem affecting Kenya as a whole.

In reference to this, we all remember that during the post-colonial election in 2007 and 2017, Kenyans experienced religious antagonism.

Therefore, BBI can impact positively on proper management of cultures whereby it is known that African leaders are the champions in creation of hostility and negative cultural difference which later results to intolerance, hate, civil wars, etc.

BBI wants to create a room where all cultures are valued as most Kenyans believe that black lives are more of important and that is not going to be harassed as before during the post-colonial election in 2007 and 2017.

Lastly all leaders are going to help in the fight of corruption in the country.

Kenyans do believe that BBI is a new constitution endorsed to fight for our lives which from my point of perspective I know that the opposite of what is expected will be applied.

2010 constitution stipulates relatively the same issues as the BBI constitution. Decades of years have passed and I recall the constitution was fully promised to be followed but it was not done as expected rather black lives remained the same and even worsened.

Article 10 of 2010 constitution also stipulates all human rights instead of them being followed they were violated and as cultural differences still exist as well as diversity among our Kenyan leaders.

This shows that the government has failed to give life to the constitution through legislation with regards to inclusivity.

The biggest challenge is that the winning of presidential election is much more desired by politician that a person will do anything to succeed and the never accept what comes out.

Nothing proposed seems to change our current situation we should all fight for better Kenya and not to depend on BBI.

In conclusion the BBI constitution should be opposed by most Kenyans in that it is well known that politicians make promises which at the end they fail to do same thing they said.

They end up forgetting and only do good for themselves to improve their economic standards and the poor remains to be poor as the rich becomes even more rich through the gained powers.

We will still live as squatters in our own country question is? In the past ten years nothing changed as the 2010 constitution states, despite in the constitution so will BBI change and stick to their point?

Personally I say no simply because our current leaders only want to benefit themselves through their powers. And if it was a good idea I could have advised my people to vote for it.

Confirmed: The Seven Court of Appeal Judges Who Will Hear BBI Appeal.

Revealed: The Written Promise Raila Made To Kalonzo Musyoka In 2017 About 2022