By @yokeabu (self media writer) | 6 months ago 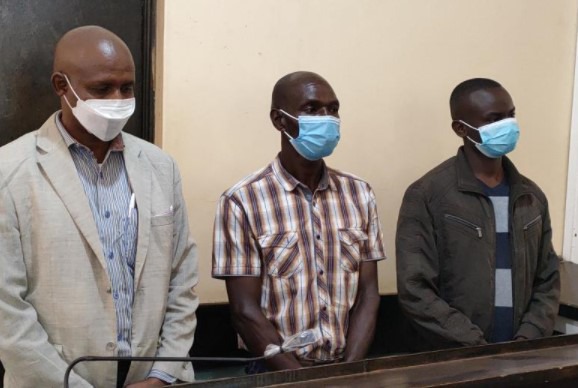 A man who confessed to have killed a Catholic priest has been sentenced to 30 years in jail by Embu high court.

The former student was alledgedly in a homosexual relationship with the late priest Michael kyengo.

The court slapped the sentence on Muthini mutunga on his own plea of guilty and on an assessment report.

Justice Lucy Njuguna observed that the assessment report indicated that the angry and grief led to the Killing of the priest who in 2019.

However, the accused was spared death or life sentence due to his mitigation that the priest had forced him into the homosexual relationship and infected him with an STD.

"He admitted he took the law into his own hands. There was no justification whatsoever to kill the deceased when he could have resorted to legal means to seek justice," Justice Njuguna said at the sentencing as quoted by Standard.

The accused had told the court earlier how the priest spiked his drink and had canal knowledge of him.

Afterwards, the priest who used to assist him in paying school fees allegedly gave him some money to buy drugs.

Later on, the accused learnet that he had been infected with a sexually transmitted disease which enflamed his anger leading to the killing whereby he burried his body in a shallow grave.

Do your think the accused deserve this punishment? Feel free to share your thoughts and comments on this on our comments platform.

REVEALED: Signs Of The Deadly Disease Confirmed By WHO And How To Avoid Contracting The Disease