There was drama at the Milimani Law Courts after the former Director of Operations at the Kenya Police Service John Edward Njeru punched a city lawyer during a heated cross-examination meeting on Monday, September 27.

The 69-year-old was apparently upset about the number of inquiries that lawyer Alex Kimani was posing during cross-examination and responded by landing a heavy blow to the advocate's abdomen. 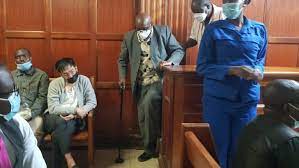 This occurred after the lawyer had appealed to the court to allow him to move toward the retired police boss to have him investigate a few records.

Upon nearing the complainant, Njeru made a move to attack the lawyer who is currently suffering from serious wounds after the incident.

After the ordeal, the court gave the witness a one-day jail term while the lawyer was rushed to the hospital for treatment.

"After the yesterday’s incident, my colleague (Kimani) developed a sharp pain in his abdomen. He visited the hospital and was advised by the doctor to go through a scan earlier today to determine the cause of the pain," Lawyer Waweru Benson explained to Principal Magistrate Bernard Ochoi on Tuesday. 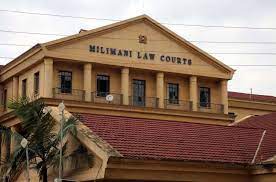 Waweru further clarified that this was not the first time that Njeru had disrespected the court as he has made delegatory comments to a prosecutor previously.

Considering these facts, the magistrate advised Kimani to report the incident to the police and further condemned the act.

The retired boss is a complainant in a fraud case including a fake certificate of lease for a land parcel in Nanyuki. 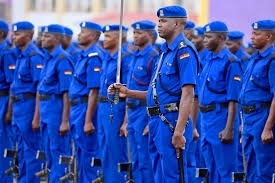 IEBC Warns Candidates of Participating in Fundraising beyond December 9th