By Sackonews.com (self media writer) | 2 months ago 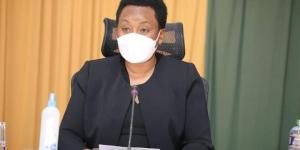 A petition by the Director of Public Prosecutions (DPP) and the Directorate of Criminal Investigations (DCI) seeking the removal of Deputy Chief Justice, Philomena Mbete Mwilu, from office was quashed by the High Court.

Justices Said Chitembwe, Roselyn Aburili and Weldon Korir ruled that the DCI and DPP cannot petition the JSC for the removal of the DCJ or any judge from office since they are state officers.

The other three petitions were also suspended pending the outcome of the court of Appeal decision challenging the High court decision that stopped her prosecution.

In his 2019 petition, Haji stated that Mwilu was unfit to continue holding public office as she was involved in the irregular sale and acquisition of property.

The DPP wanted the DCJ removed from office over her alleged failure to pay taxes, forgery and uttering a false document.

“The Judicial Service Commission be pleased to find that there are sufficient and overwhelming grounds for recommending to His Excellency the President that a Tribunal be appointed to inquire into these events and particularly to find a reason for the removal of the Respondent from office, station and position of the Deputy Chief Justice,” DPP Haji stated in the petition.

In August 2021, DPP Haji claimed that he had a big dossier on DCJ Mwilu which he was yet to make public.

Haji was responding to a case filed by Mwilu, opposing the hearing of four petitions seeking her removal. The DPP argued before the High Court that what the public knows on the DCJ was just a speck of what he has against her.

JSC also accused Mwilu of also stalling an appeal filed before the Court of Appeal where she allegedly informed the court that it could not proceed as JSC was already determining a similar matter.

DPP Haji argued that he was just following court orders by filing a petition for Mwilu’s removal from office.

He further argued that the appeal he filed against the judgment by the five Judges can run concurrently with the petition against her.

“Our having petitioned the JSC was in accordance with judgment law,” senior assistant DPP, Victor Owiti, stated.

But Mwilu's lawyers argued that since the root of the petition for her removal from office is the criminal case that was quashed and the judgment is subject to an appeal at the Appellate Court, the JSC ought not to have entertained the matter as filed by the two state agencies.

How DP Ruto, Bishop Wanjiru Reacted After a Fight Broke Out When Wanjiru Was Addressing a Crowd