337 Families of 1998 US Embassy Victim's Bombing Sues The Government of Kenya; Cite These Claims

By Aliciacoms (self meida writer) | 26 days

The 1998 US embassy bombing will always remain in the hearts of many Kenyans as the worst disaster in the country’s history, after many families lost their loved ones and several scarred permanently.

Since then, many families have been pleading for compensation from the government since then, but to date the aggrieved are still yet to have their requests met. 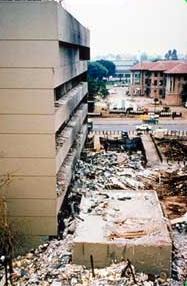 Aftermath of the 1998 US embassy bombing, left 213 death and many suffering permanent injuries. Photo|Courtesy

At least 337 families are now suing the government of Kenya for failing to compensate them despite the USA's government fulfilling theirs to her citizens.

According to the petitioners lawyer, the government had a know how on the compensation since 1998, but has never made the payment.

Through their lawyer, John Khaminwa, the families filed their petition before the Nairobi High court today, Tuesday 18th May 2021.

According to the petitioners, the United States compensated her citizens over loss of live and their properties.

The families further blames the government for failing to act on readily available intelligence to avert the attack.

Among those who filed the case were Evanson Ndungu, Ngige George, Douglas Sidialo, Esther Njeri and Katiba Institute and says that they were seeking for the compensation of these families for loss of lives of their loved ones and injuries of the survivors.

According to the Lawyer, only 44 (All American citizens) out of the total 213 people killed during the attack received compensations from the US Government. He adds that the Kenyan victims were neglected.

According to the petition, various intelligence report reveals that the attacker's (AL-Qaeda) plans began as early as 1993 when they rented a house in Nairobi to set up a lab for developing the bomb that struck the embassy. 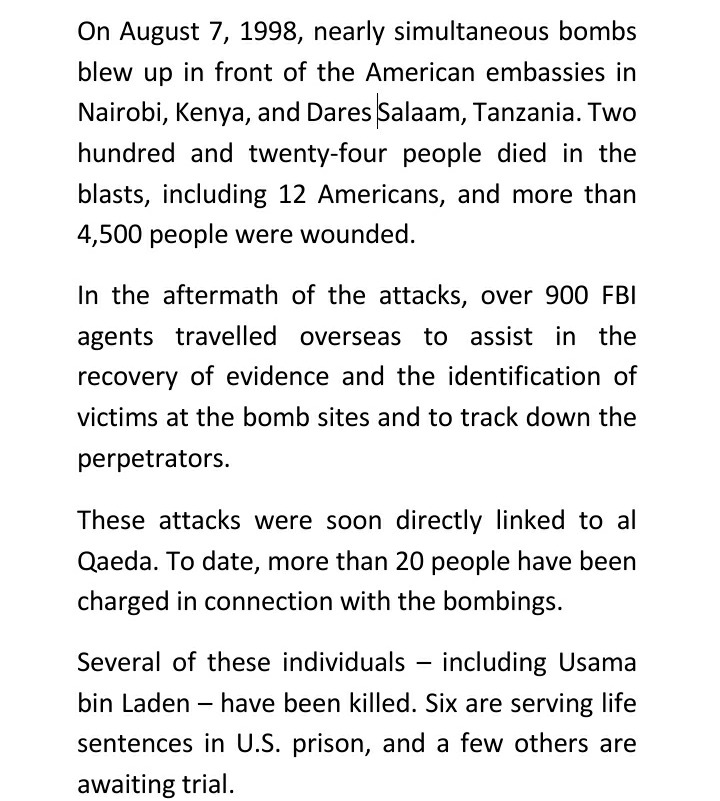 John Khaminwa Kenya US US Embassy

How To Live One Day At A Time.