By Globalstar (self meida writer) | 1 months "On Thursday,the judges ruled that a constitutional amendment through a popular initiative is only a preserve of the ordinary Kenyans and not the executive.

They declared that the BBI taskforce was an unlawful entity.

"A declaration is hereby made that being an unconstitutional and unlawful entity, the steering committee on the implementation of the Building Bridges Initiative to a United Kenya Taskforce Report,has no legal capacity to initiate any action towards promoting constitutional changes," the judges ruled.

"We find it strange that the bench found that on one hand IEBC can transact business but on the other hand it cannot because of a statute that provides a quorum of five members.Clearly, the bench elevated a statute over the constitution," he said.

Mr Kareithi argued that the courts decision amounts to taking away the sovereign power of Kenyans in amending the constitution. 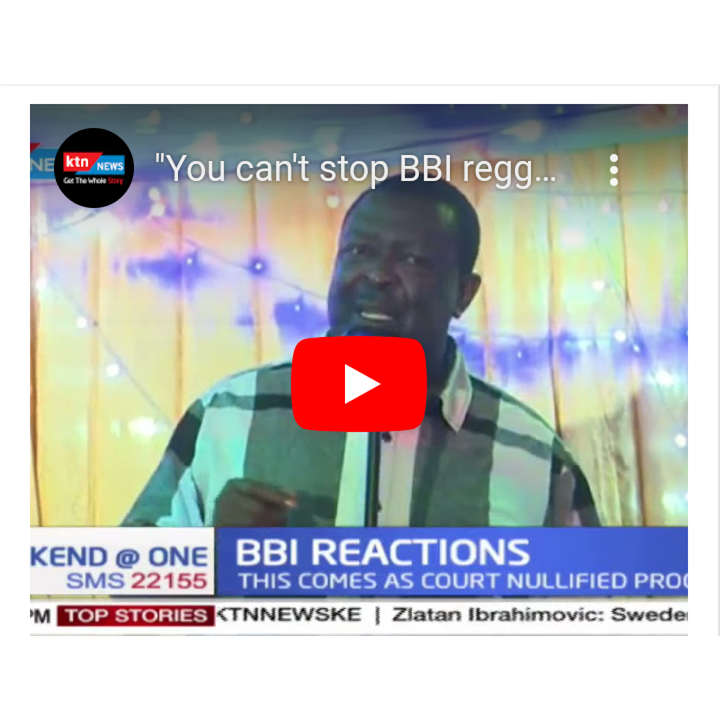 The MCAs insisted the BBI report was not a product of the handshake rather about the people.

"The judgement does not acknowledge that a constitution is a living document that must be responsive to the needs and desires of a society at any given time," they said.

The MCAs faulted the declaration that the Independent Electoral and Boundaries Commission(IEBC) was not properly constituted and cannot conduct a referundum because it has no quorum after some commissioners resigned.

The MCAs criticized the declaration that the BBI process was not all-inclusive.

Kareithi said all concerned parties had popularized the bill and it received approval of county assemblies and parliament.

" The Secretariat popularized the bill which was endorsed by over three million voters against the constitutional requirement.It was then approved by parliament.It's imperative to note that before these approvals,these legislative bodies held over 100 national and county-based intensive public participation forums," he said.

They further stated that 1450 wards in Kenya will miss out on the proposed Ward Development Fund.

What's your take on MCAs faulting the High court Verdict?

Content created and supplied by: Globalstar (via Opera News )