Anthony Agesa Keya a managed 49, has been found guilty of defiling a neighbor's child aged 8 years in Uasin Gishu County. Anthony Agesa has been sentenced to 30 years in prison.

According to the reports Anthony Agesa Keya forcefully engaged in the act with a class two student on the 8th of December 2016, at Royalton estate in Wareng, Uasin Gishu County after using a duster to suffocate the young girl so as he can defile her repeatedly until he is satisfied.

According to the minor's reports, the suspect called her to his house claiming that he wanted to send her to the shop, at around 6 pm when she was coming back from school since she knew the man well he followed him to his house, but when they reached in the house things didn't go as expected the father of two jumped over the young girl, inserted a duster in her mouth preventing her from screaming, he later defiled her severally. Sl

After this heinous act Keya gave the young girl 20 shillings and warned her not to tell anyone, he went on threatening her he would kill her if she dared tell anyone.

The young girl went home writhing in pain, her mom noticed blood oozing from her child, and when asked she told her mother what happened to her.

The Mother rushed to the hospital and later on reported the matter to their village elder who arrested the man, however, he denied and he was released on a cash bond of Ksh 200,000.

After a while, medical reports were out which stated that the minor was defiled, and the man was jailed for 30 years in prison. 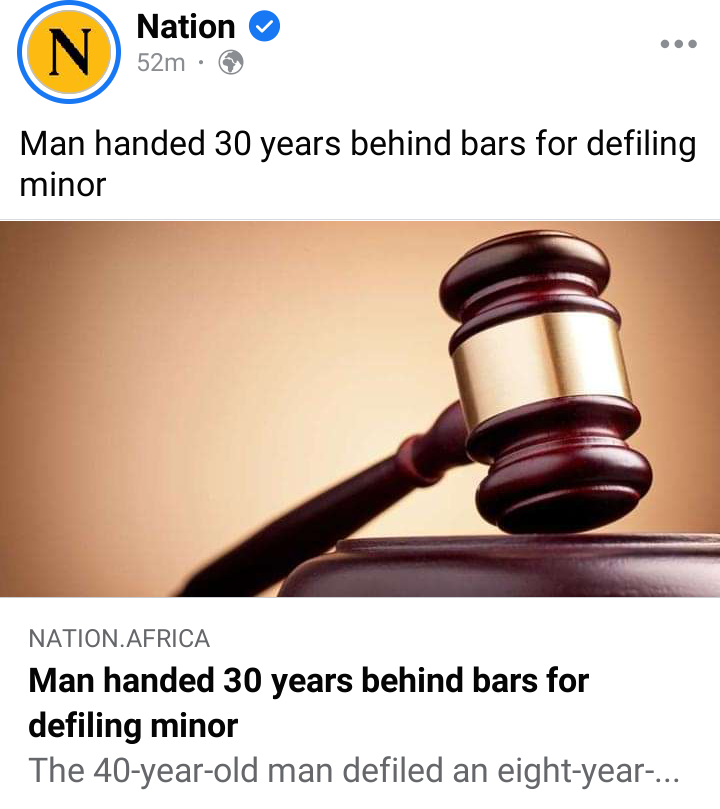 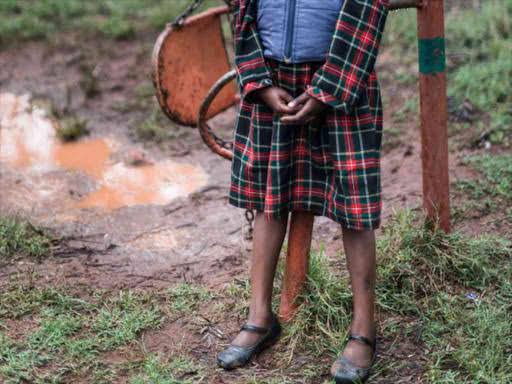