Photo of Fake Judge Who Obtained 1.6 In a Nakuru's Law Court Nabbed By DCI 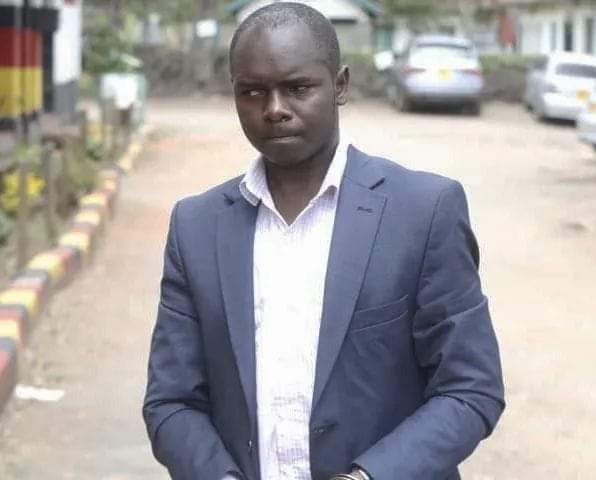 32-Year-Old Victor Kiprono Ng'eno who in 2018 obtained over Sh1.6million from a Nakuru man while personating a magistrate at Nakuru Law Courts is behind bars.

Ng'eno, who was privy to an ongoing civil case involving the victim at the said law courts, sought a meet up with him where he promised to expedite the determination of the case in his favour.

When he shook Ng'eno's hand in agreement after the fake assurance, the victim had literary signed in as a cash cow for the unforgiving imposter.

Months that followed saw the victim part with Sh1,664,230 in the pursuit of justice which he felt had taken too long. 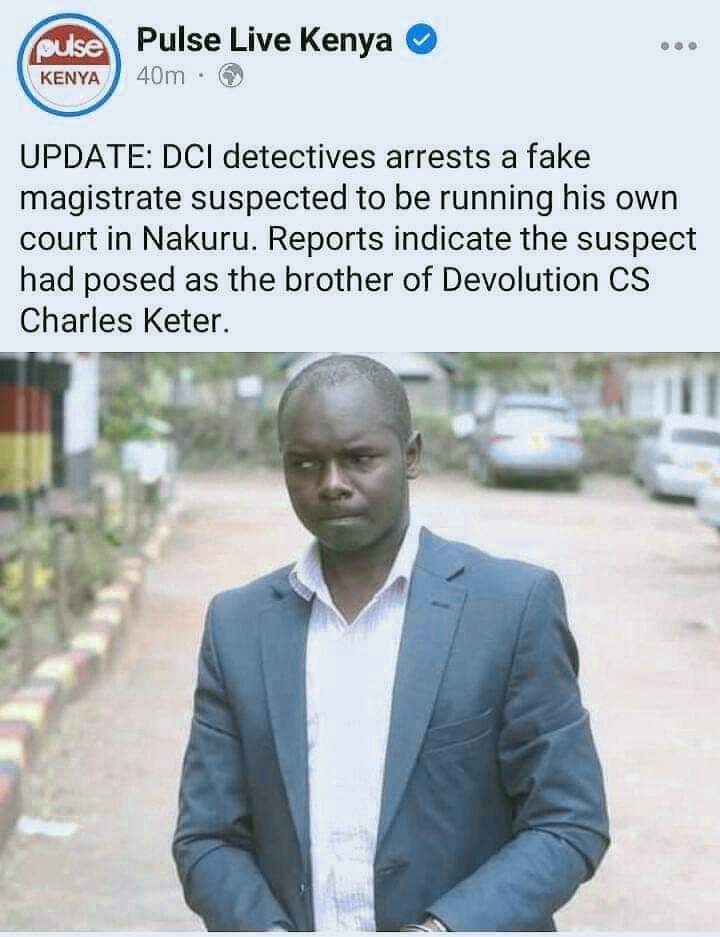 Shock of his life struck when he enquired about the "magistrate" at the courts, only to be told that no one by Ng'eno's name and description was ever a judicial officer anywhere in the county.

Efforts by the victim to reach Ng'eno by all means previously used went futile, as the latter vanished with his felonious kill.

Devastated by the turn of events that regrettably left him poorer, the victim reported the matter to Nakuru detectives, who have since maintained Ng'eno's name on the wanted list of notorious fraudsters.

Hoping that three years was too long for his manhunt, Ng'eno sneaked back to Nakuru County in his previous fashion & style.

But before he could fully regain his composure and strike again, his most dreaded moment came when he felt cold metal cuffs massage his wrists yesterday.

He is now cooling his heels at Nakuru Police Station, pending arraignment at the court he wished to serve at. 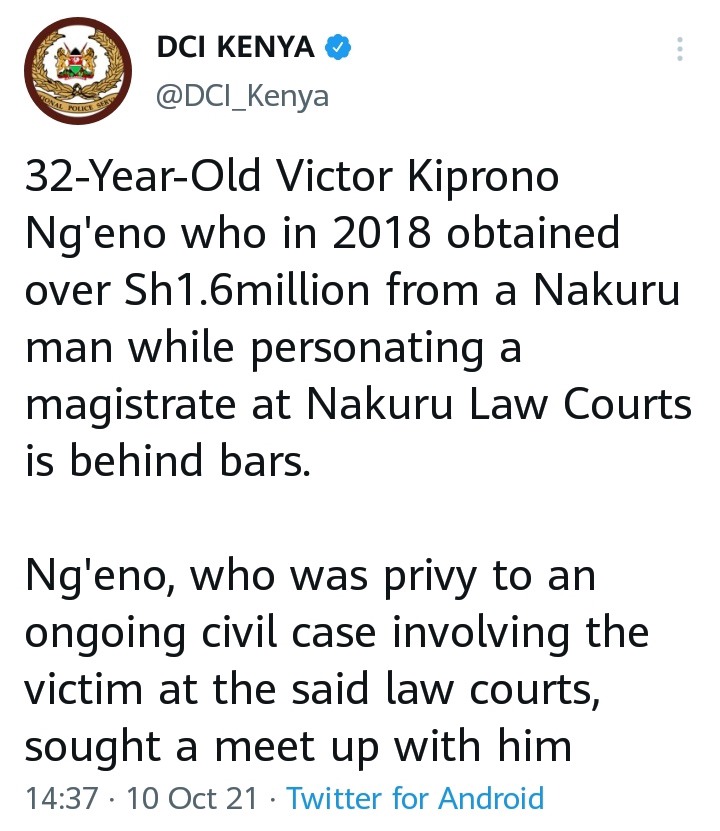 RIP: 5 Photos of Engagement Party of Officer Who Died After Postponing Wedding