By E-NewsKe (self meida writer) | 5 days 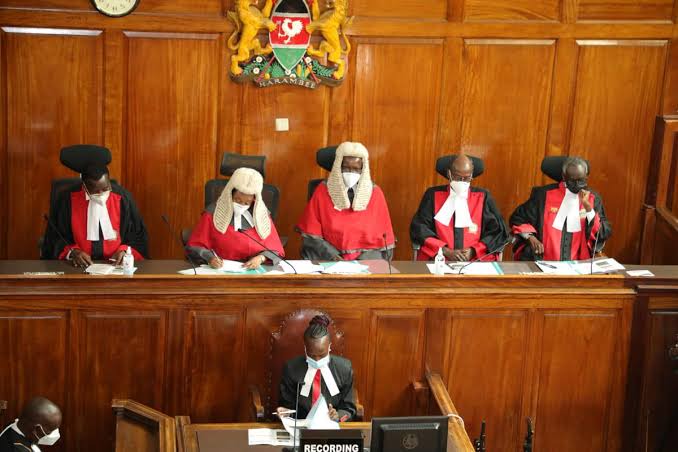 A file photo of a Court Session in progress.

The government has received another blow after the Court of Appeal allowed activist and controversial lawyer, Dr Miguna Miguna, who was fired after swearing in ODM leader Raila Odinga to return to the country from Canada.

Judges Nambuye, Karanja and Warsame said the government failed to prove that it did not violate Dr Miguna's rights when he revoked his passport and revoked his citizenship while still a Kenyan national born in Nyando, Kisumu County in 1962. 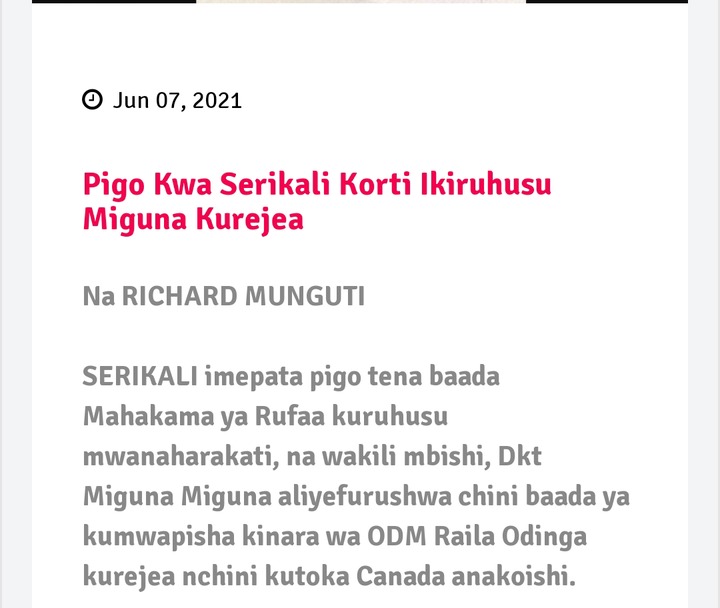 The judges said the government failed to prove how ‘it was affected by Judge Mwita’s decision that it destroyed Miguna’s house on February 2, 2018 when he was arrested by police officers and detained at several police stations’.

"The government through the Minister of Security and Foreign Affairs has failed to submit evidence to prove that Miguna should be allowed to return to the country and be compensated with Sh7.2 million compensation which will affect it," judges Nambuye, Karanja and Warsame said in their ruling.

The Attorney General and Director of Public Prosecutions (DPP) through the Director of the Immigration Department Alexander Muteshi, said that if the high court order was not suspended, six senior government officials, including Dr Matiang’i, could be charged with contempt and defiance of court orders.

It was these six senior government officials who filed 14 arbitration issues in the appeal they filed before the three judges of the appellate court.

"We ask the court to overturn the order that we violated Miguna's rights.

He should be compensated Sh7.2 million, be given a passport, return to the country and be recognized as a Kenyan citizen, 'the Attorney General appealed to the Court of Appeal. Judge Mwita said the deportation of Dr Miguna from the country to Canada after a police order to high-level stubbornness and violation of the fundamental rights of the politician.

Following the actions, Judge Mwita ordered the Government to pay Sh Miguna compensation of Sh7. 2 million for violating his rights.

After being deported from Kenya, the Kenya Human Rights Commission (KNHRC) and the Law Society (LSK) sued senior government officials and asked the immigration department to provide Miguna with another passport and allow her to return to the country as a Kenyan citizen.

In that case LSK and KNHRC asked the court to decide whether a Kenyan could lose his citizenship by acquiring the citizenship of another country.

In their decision the three judges said this was a sensitive issue that should be decided in the case filed by the attorney general.