Petition to Have DPP Haji Removed From Office Filed

By Willis.com (self media writer) | 3 months ago 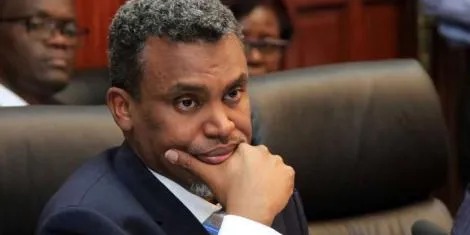 The family of the late businessman Tob Cohen has filed a petition to have the Director of Public Prosecution (DPP) removed from office.

In court documents seen, the family accused the DPP Noordin Haji of not only mishandling Cohen's murder case but also other cases among them Direct Line Assurance Limited and the Kenya Medical Supplies Agency (KEMSA) case.

While accusing the DPP of lacking requisite experience, Cohen’s sister Gabriel Hannan Van Straten claimed that Haji had not set foot in any known courts of law.

"That in acting in the manner as enclosed herein this humble petition, the Director of Public Prosecution fits the criteria for the removal of office consistent with the provisions under Article 158 of the Constitution of Kenya, 2010," reads the document in part.

Hanna accused Haji of lacking objectivity, wit and impartiality in his decision making.She added that Haji's directives are influenced by nepotism, favoritism, other improper motives or corrupt practices contrary to Article 73(2) of the Constitution.

The family claimed that the DPP had abused his power and office by restraining the Director of Criminal Investigations from arresting the Judge Sankale.

Quoting a 2018 Study on the Perceptions and Experiences of Corruption in the Public Service, Hannan stated that the Office of the Director of Public Prosecutions was the weakest links in the fight against corruption in Kenya.

"This report leaves no doubt that Mr. Noordin Haji has failed the leadership test and is undeserving of the public office that he currently occupies and should consequently be discharged to pursue his other interests," reads the statement.

The late Cohen died in September 2019 and his body was found dumped in a septic tank.Following the murder, Cohen's wife Sarah Wairimu was arrested and charged as the main suspect.