By PaparazziwaMtaa (self meida writer) | 25 days 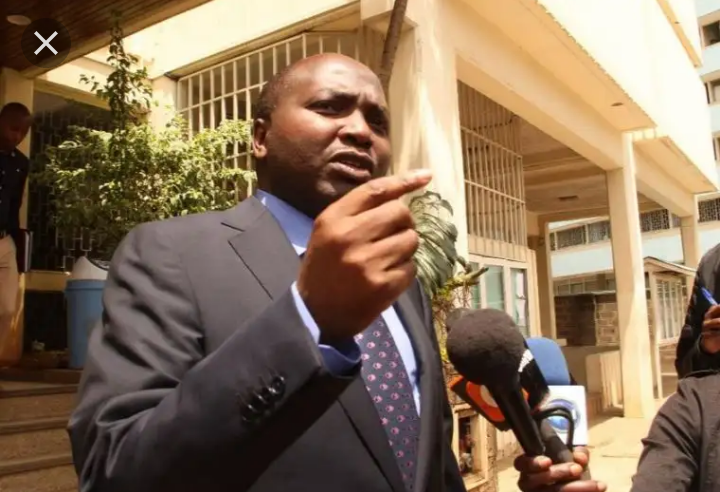 Renown Kenyan city lawyer Donald Kipkorir has made shocking revelation about the Kikuyu community advising president Uhuru Kenyatta on the way forward after Jubilee party was defeated in Juja by election.

According to a post on his official twitter handle, Kipkorir says that Kikuyus dominate the ever critical sectors in the public service.He further notes that among other advantages the community enjoy are allocation of bulk budget to develop them, owning big companies and contracts but they still complain.

The lawyer advises the president to reallocate all these appointments and contracts to other provinces like Nyanza and the coast citing that he should abandon Mt Kenya for showing such disrespect of monumental proportion to him.

"Kikuyus dominate ever critical sector in public service,bulk of the budget is allocate to development in Kikuyu Nation.All big public contracts are to companies owned by Kikuyus.But they complain more than all the other tribes. For the remainder of his term,President Uhuru Kenyatta should re-allocate all these appointments & contracts to Nyanza & Coast Provinces.He should completely abandon Mount Kenya who have shown such disrespect of monumental proportion. Let the coffee & tea rot in the farms! And let the roads be potholed,"he wrote. 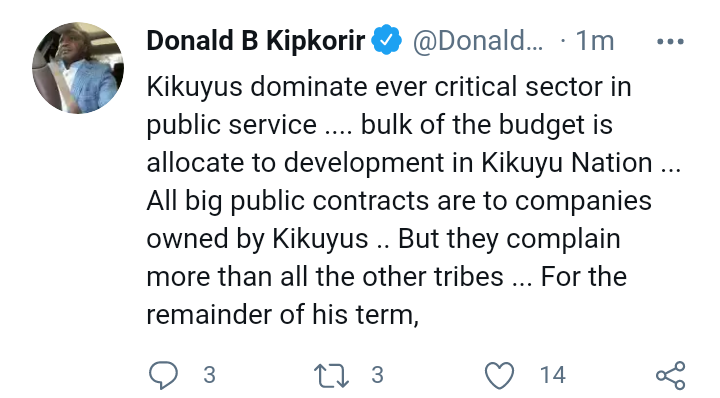 His sentiments come a day after Susan Waititu who was a Jubilee candidate during Juja by election was defeated by Gatundu South Mp Moses Kuria's candidate George Koimburi using his People's Empowerment Party (PEP).

This win by Koimburi has been seen as a way of showing president Uhuru how unpopular he is in the region which he hails from.

Politics Aside, See What Governor Joho Was Spotted Doing In His Palatial Home

Reactions as Kalonzo Meets With Ngilu, Mutua, Other Kamba Leaders Ahead of State House Meeting

Ali Nur says he would pay Bahati Sh200,000 after Ezekiel Mutua terminated his relationship with KFCB

Good News As A Missing Child Is Found Safe