By Owis (self media writer) | 7 months ago 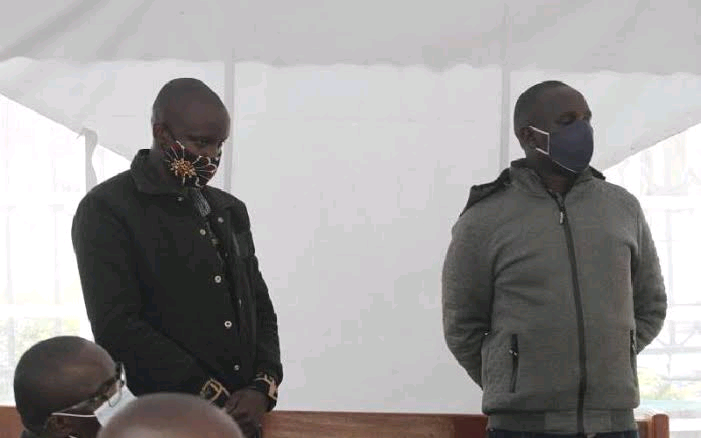 Two police cops accused of killing a suspect while in remand in Matungulu in Machakos County, have pleaded not guilty to the charges of murder.

The two officers identified as Erick Odhiambo Amollo and Cornelius Ndambuki Munyao, were today on Wednesday taken before Justice George Odunga in Machakos.

Justice Odunga noted that the medical results indicated that the two police cops are mentally fit to be charged.

The two suspects were freed on a bond term of Ksh.500,000 each and sureties of similar amounts and are currently held at the Machakos GK Prisons. 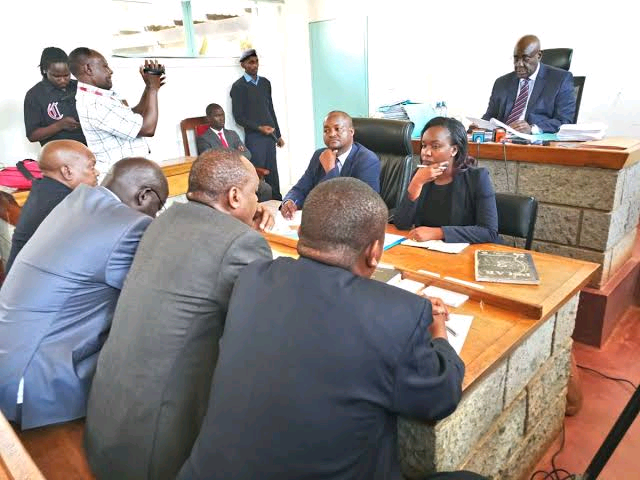 Their cases was scheduled for July 7, 2021 for pre-trial at the same law court.

The two officers, Odhiambo and Ndambuki, are police constables stationed at the KBC Police Station in Matungulu and were accused of killing Mark Lumbasi Natala who lost his life at the station on March 9, 2021.

A case was registered into the incident and investigation Launceston, which was headed by the Machakos CCIO. 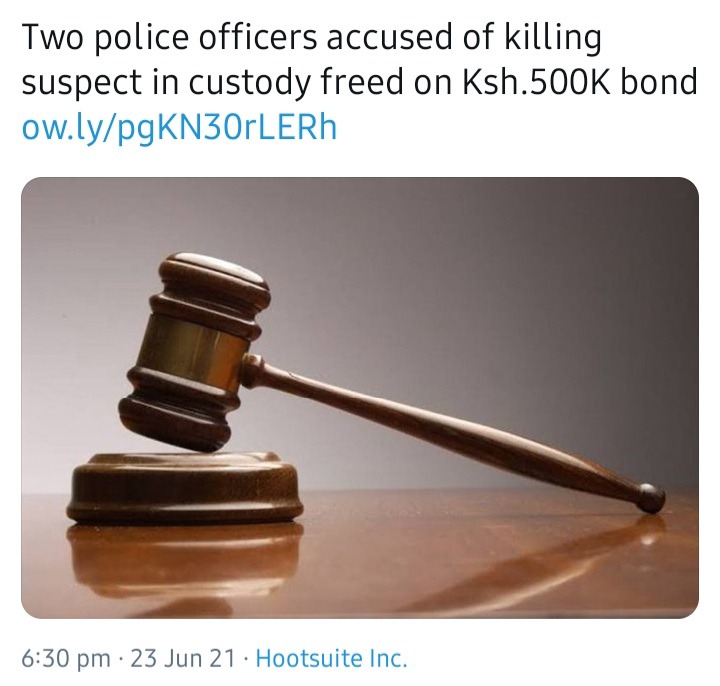 After completing the investigations, the CCIO took the file to the office of the Director of Public Prosecutions (ODPP) in Machakos who ordered that the two security officers arraigned and charged with murder.

Supreme Court Retreats to Deliver Verdict, Will BBI Be Vindicated?

Man who Spend Ksh.5M Mistakenly Credited to His Account Found Guilty of the Offence