By Lenoxviews (self media writer) | 1 year ago 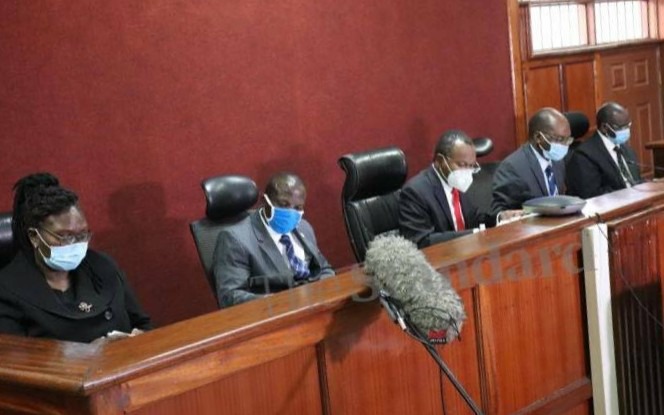 Many, including myself, have lauded the bravery and logic in the BBI case ruling. But the law is like a strategy. There are several interpretations and options. The number of interpretation is limited by how good the Jurgements and rulings are. A good judgement will limit the number of possible interpretations, and vice versa, for a bad ruling.

Its emerging that the BBI proponents are likely to lodge credible grounds for appeal, tothat may necessitate a reversal of some of the rulings. For instance, as I listen to one prominent lawyer, who contends that three Commissioners is not a quorum for IEBC, because the IEBC Act, talks of five, I am disturbed. The Kenya Constitution, 2010 has directed parliament to pass several legislations. Most of these have actually not been passed.But the mere fact that parliament has been directed to legislate, does not make that legislation, superior to the Constitution.There are several other gray areas in this ruling, like in any other ruling. Its therefore, important that both sides maintain their cool, because it's not over yet.

A much bigger question, is the spectre of what happend to the Nation if all the rulings and its implications therefrom, are implemented. It seems, the Country and economy may have to grind to a halt. This raises the issues of public interest and general public interest.

It will therefore be a matter of wide public interest to watch how the Court of appeal, will navigate through the several contentions in this ruling. For instance, what would be the impact if several, but not all of the rulings are reversed?

The other focus of this debate shd be parliament.The question is, whether parliament can amass the two thirds majority to ammend significant parts of the Constitution? Politicians are strategists, and have the capacity to re-emerge at the top. So nobody should wish away the BBI proponents. The ball is still in the field and the game is not over.

Content created and supplied by: Lenoxviews (via Opera News )

The Largest Matatu in Kenya and Its Owner (Photos)

"Deep State Gives Up On Raila," A Popular Lawyer Alleges Amid Rigging Of Elections Claims