By @ArapOuta (self media writer) | 4 months ago

According to the report, former Sports Cabinet Secretary, Hassan Wario, has been sentenced to a six year jail term. This comes after he was found guilty of abuse of his office. 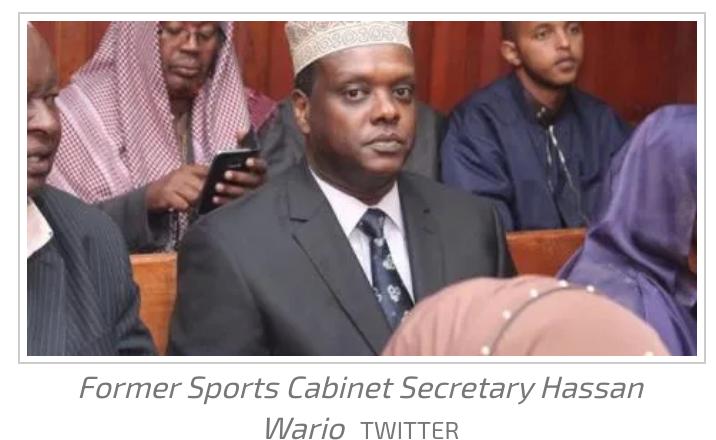 The Magistrate Elizabeth Juma, on Thursday, 16th September, said that Wario and his co-accused used their positions opposite to the requirements of the law.

During the final ruling, Magistrate Elizabeth gave him an option to pay a KSh 3.6 million fine or serve the jail term.

On the other hand, the court ruled that his co-accused, former National Olympic Committee of Kenya (Nock) official Stephen Soi, will serve a jail term of ten years or pay a fine of KSh 103 million after he was found guilty in five counts of corruption.

The court found Wario and his co-accused, guilty of corruption and abuse of office in the 2016 Rio Olympics games scandal. Magistrate Elizabeth Juma stated that Wario abused his office and approved the inclusion of three other persons to travel to Rio, Brazil, contrary to the law.

According to the court, Wario abused his office when he allowed the three to be awarded allowances as part of team Kenya.

Safaricom Is Giving Ksh.500 To All Kenyans, See How To Grab Yours

5 Ways To Deal With Toxic And Difficult People